Fed Cup Final: Ashleigh Barty kept her cool in the searing heat to embarrass a stunned Caroline Garcia in a rare double bagel. 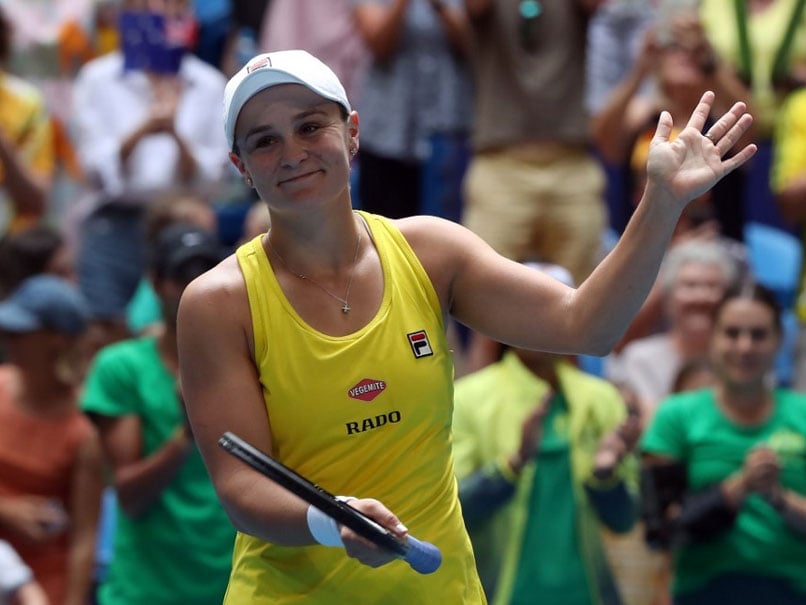 Ashleigh Barty played the "best match of her life" to crush Caroline Garcia 6-0, 6-0 and haul Australia back into contention at the Fed Cup final Saturday after France's Kristina Mladenovic whipped Ajla Tomljanovic. The world number one, fresh from winning the WTA Finals in China, came on court in Perth under pressure after the nervous Tomljanovic was thrashed 6-1, 6-1. But in searing 38 Celsius (100 Fahrenheit) heat she kept her cool to embarrass a stunned Garcia in a rare double bagel, with the Frenchwoman having no answers to the Barty armoury in front of 13,000 fans.

It left the tie evenly poised at 1-1 ahead of Sunday's reverse singles and a doubles clash if needed, with Australia targeting an eighth title and first in 45 years, while France are seeking a third, their first since 2003.

"This is remarkable, I couldn't have asked for a more perfect match. I think that's the best tennis match I've ever played in my life," said Barty.

"I felt like I served really well, made a lot of returns. Most importantly I played the big points well. I really wanted to assert myself and I was able to do that really well today."

She set the tone by breaking Garcia's first service game and there was no way back for a player who was once ranked fourth in the world but has slipped to 45.

Barty wrapped up the first set in 29 minutes and there was no let up as she sent down 11 forehand and four backhand winners.

"I was a little bit stressed today, but not too stressed, and I don't think that was why I didn't play well," said Garcia.

"Today she just played a very good match from the first point to the last one."

The ease of Barty's 56-minute win was a huge relief for Australian captain Alicia Molik, whose gamble to play Tomljanovic in singles ahead of veteran Samantha Stosur spectacularly backfired.

Tomljanovic is scheduled to play again on Sunday, against Garcia, but given her performance Molik may change her mind and revert to Stosur -- Australia's most successful ever singles player, spanning 16 years of Fed Cup action.

Currently Barty and Stosur are down to play Mladenovic and Garcia in what could be a doubles decider.

World number 40 Mladenovic gave her country a 1-0 lead by destroying Tomljanovic in 71 minutes.

"I think she played good but I just came out there and basically wanted to win," said Mladenovic after clinching her 22nd career Fed Cup win.

"I really did almost the perfect match, I was really in the zone. I love these sort of matches, the bigger the pressure, the more special the event."

Tomljanovic failed to hit a single winner in the opening set. She was broken in the first game and Mladenovic quickly turned the screws, racing to a 3-0 lead before a double-fault on break-point in game four allowed Tomljanovic a rare glimmer of hope.

But it didn't last long with Mladenovic's powerful forehand proving too hot to handle.

She kept the momentum going in the second set as Tomljanovic wilted under the pressure, galloping to a 5-0 lead before the Australian finally won a game only for Mladenovic to comfortably serve out the match.

"I gave my all and it didn't really go as planned," said a dejected Tomljanovic, admitting the occasion overwhelmed her.

Comments
Topics mentioned in this article
Caroline Garcia Ashleigh Barty Kristina Mladenovic Ajla Tomljanovic Tennis
Get the latest updates on IPL 2021, check out the IPL 2021 Schedule and Indian Premier League Live Score . Like us on Facebook or follow us on Twitter for more sports updates. You can also download the NDTV Cricket app for Android or iOS.