WTA Finals: Elina Svitolina And Karolina Pliskova Through To Semis

World No.12 Sofia Kenin replaced Bianca Andreescu after the US Open champion suffered a knee injury against Karolina Pliskova on Wednesday. 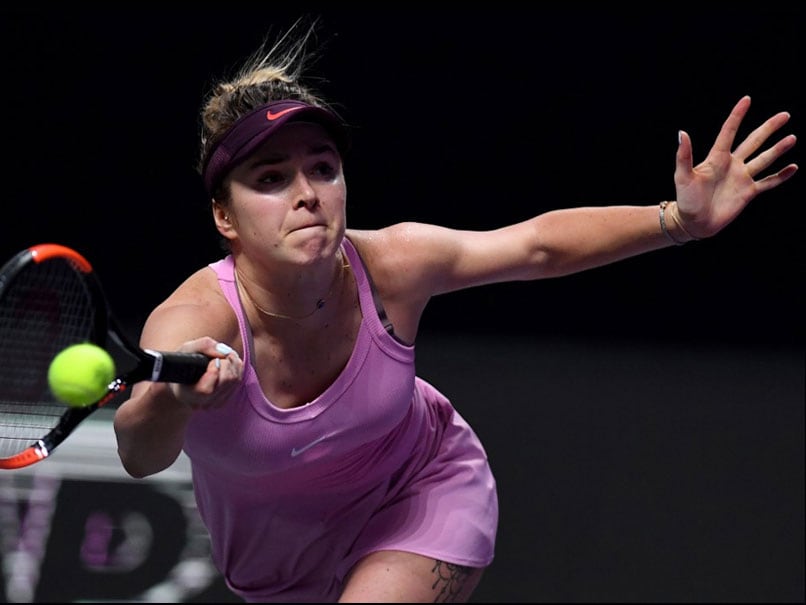 Karolina Pliskova overcame a mid-match stutter to book a semi-final showdown with world number one Ashleigh Barty after a three-set victory over Simona Halep at the WTA Finals on Friday. The world number two lost six straight games in the second and third sets but eventually prevailed 6-0, 2-6, 6-4  in one hour and 43 minutes to secure the Purple Group's second spot.

Defending champion Elina Svitolina will play Belinda Bencic in the other semi-final after she capped off an unbeaten round robin campaign with a 7-5, 7-6 (12/10) victory over late replacement Sofia Kenin.

Pliskova believed she would be the underdog against Barty. "She's having a great year, so it's going to be super tough," she said.

"It's going to be a big challenge but I have nothing to lose."

An aggressive Pliskova started red hot against Halep winning 13 of the first 16 points en route to blitzing through the first set in just 20 minutes.

Halep appeared rejuvenated after receiving a pep talk from coach Darren Cahill between sets as the match flipped.

The Wimbledon champion finally hit the scoreboard by breaking to open the second set and she rediscovered her touch, hitting menacing slices to rattle Pliskova.

Halep broke Pliskova's suddenly tentative serve three times to force a decider and her momentum continued in the third set to jump out to a 2-0 lead.

The twists continued with Pliskova regaining control but she was unable to serve it out in the ninth game.

In the earlier match, Svitolina was pushed in the dead-rubber by world No.12 Kenin, who replaced Bianca Andreescu after the US Open champion suffered a knee injury against Pliskova on Wednesday.

Kenin was the second replacement used at the tournament after Kiki Bertens stepped in for world number three Naomi Osaka, who withdrew due to a shoulder injury.

Svitolina was relieved the match didn't go the distance ahead of Saturday's semi-final against Bencic.

"For me the main thing is to recover first, to be fresh physically and mentally," she said.

"We know the game style that she (Bencic) has. She takes the ball quite early and I have to be ready for this," she added.

Kenin was impressive from the start, moving Svitolina around the court with precise shots but was unable to serve out the first set in the 10th game.

Svitolina made her pay and broke again in the 12th game to draw first blood.

Kenin rued a double fault on set point in the 10th game and was shortly after broken by Svitolina, who won her eighth straight WTA Finals match in a thrilling tiebreak.

The 25-year-old is hoping to end a barren season on a high having not captured a title since last year's triumph in Singapore.

Kenin, an American rising star, enjoyed her first taste of the lucrative season-ender. "Hopefully next year I can come back here," the 20-year-old said.

Comments
Topics mentioned in this article
Elina Svitolina Tennis Karolina Pliskova
Get the latest updates on ICC T20 Worldcup 2022 and CWG 2022 check out the Schedule, Live Score and Medals Tally. Like us on Facebook or follow us on Twitter for more sports updates. You can also download the NDTV Cricket app for Android or iOS.