Ashleigh Barty and Belinda Bencic both advanced to the semi-finals after contrasting victories at the WTA Finals in China. 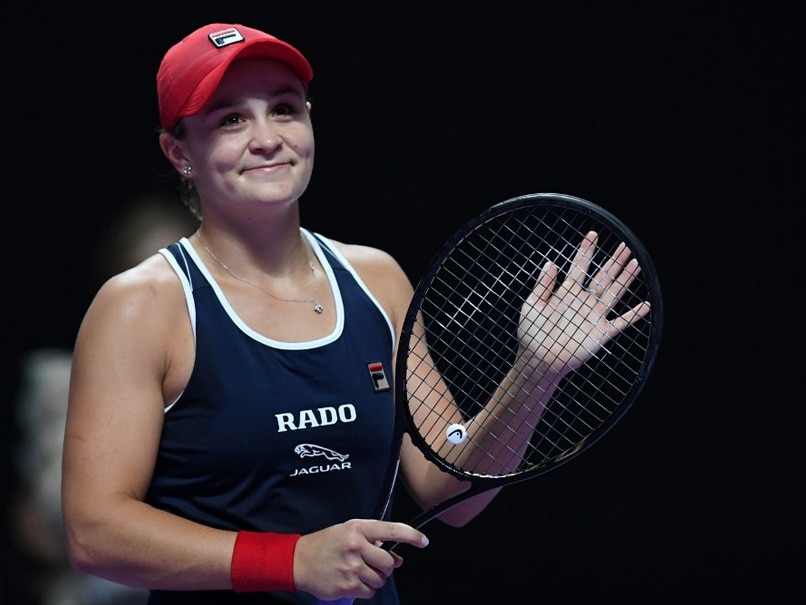 World number one Ashleigh Barty and Belinda Bencic both advanced to the semi-finals after contrasting victories at the WTA Finals in China on Thursday. Barty progressed from the round-robin stage with a crushing 6-4, 6-2 win over Petra Kvitova in one hour and 28 minutes at the Shenzhen Bay Sports Centre. Bencic prevailed 7-5, 1-0 in 61 minutes after late replacement Kiki Bertens retired ill.

Bertens received medical attention after the opening game of the second set, where her blood pressure and pulse were checked, before becoming the second player in the tournament to retire mid-match after Bianca Andreescu withdrew against Karolina Pliskova on Wednesday.

The Dutchwoman had started well with her meaty groundstrokes overpowering Bencic but she was unable to close out the set on serve in the 10th game.

Bencic made her pay and broke again in the 12th game to snatch the first set and shortly after registered her first victory over Bertens in an abbreviated fourth matchup between the pair.

Bencic will play defending champion Elina Svitolina in the semi-final on Saturday.

"I'm really sorry for her," Bencic said after the match. "It's the end of the season, so everyone is exhausted."

Barty, who had already sealed the year-end No.1 ranking, rebounded after a three-set loss to Bertens on Tuesday. She will play the winner of tomorrow's Purple Group match between Wimbledon champion Simona Halep and world number two Pliskova

"I'm particularly happy with the way I was able to return tonight," Barty said. "I think she was trying to take a little bit more of a risk. That kind of worked in my favour a bit."

Kvitova had a scare in the third game of the first set but saved two break points to hold her serve, which was being targeted by an aggressive Barty.

But the Australian's consistency wore down an error-strewn Kvitova and she grabbed a decisive break in the fifth game.

Barty had break points against her serve in the sixth and eighth games but withstood Kvitova's attempts to get back into the first set.

Kvitova, the oldest player in the draw, changed tactics early in the second set and attacked the net but the French Open champion had the answers to reach the semi-finals on her WTA Finals debut.

For Kvitova, the 2011 WTA Finals champion, the loss marks a second straight winless campaign in her seventh appearance at the lucrative year-ender.

"I just couldn't find rhythm," she said. "When it came to the deciding points, she always played better than me."

Comments
Topics mentioned in this article
Ashleigh Barty Belinda Bencic Petra Kvitova Kiki Bertens Tennis
Get the latest updates on IPL 2021, check out the IPL 2021 Schedule and Indian Premier League Live Score . Like us on Facebook or follow us on Twitter for more sports updates. You can also download the NDTV Cricket app for Android or iOS.