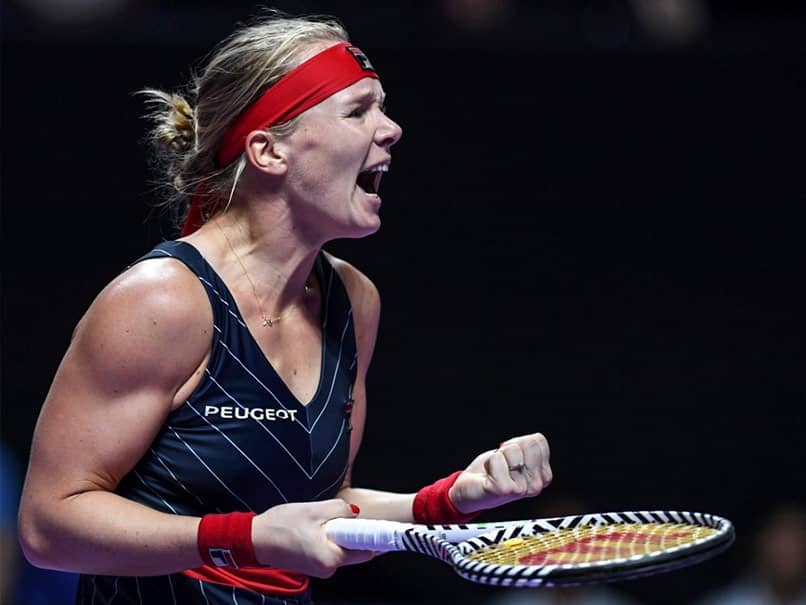 Kiki Bertens, a late entry, stunned world number one Ashleigh Barty with a comeback three-set victory to shake-up the season-ending WTA Finals in Shenzhen Tuesday. The world No.10 looked in deep trouble at a set and break down, but turned the tide with ruthless returning and aggressive play at the net to overwhelm a deflated Barty, who could have sealed a spot in the semi-finals with victory. Bertens won 3-6, 6-3, 6-4 in two hours and nine minutes in a see-saw match featuring 12 breaks of serve.

"In the beginning I did not play well but I think I got better and I tried to play aggressive and come to the net," Bertens said after.

Bertens was a late replacement for world No.3 Naomi Osaka, who earlier in the day withdrew from the round-robin tournament due to a shoulder injury.

She appeared nervous under the bright lights dropping her first three service games and Barty, who has locked up the year-end number one ranking, pounced to run away with the first set.

Barty then endured her own service woes against an increasingly aggressive Bertens, who showcased soft touch at the net.

A slumping Barty had her serve broken five times through the second and third sets as Bertens stormed to her first victory over the Australian.

Bertens continued her strong form after making the finals in Zhuhai last week and the semi-finals of the China Open earlier in the month, when she lost a three-set thriller to Barty.

Bertens, who made the semi-finals of last year's edition, has to win both her matches to qualify from Red Group.

Belinda Bencic needs to win the later match against Petra Kvitova to stay in the tournament.

Comments
Topics mentioned in this article
Kiki Bertens Ashleigh Barty Naomi Osaka Tennis
Get the latest updates on IPL 2021, IPL Points Table , IPL Schedule 2021 , live score . Like us on Facebook or follow us on Twitter for more sports updates. You can also download the NDTV Cricket app for Android or iOS.