Ashleigh Barty has joined legends like Cathy Freeman and Ian Thorpe in lifting the prestigious prize. 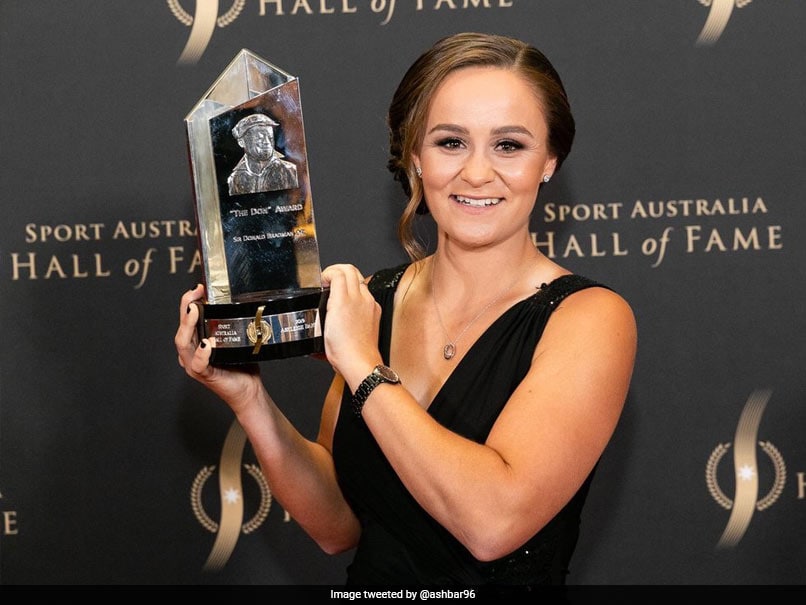 World No 1 Ashleigh Barty has been awarded Australian sport's highest individual honour. Barty won "The Don" Award at the annual Sport Australia Hall of Fame dinner on Thursday night and has joined legends like Cathy Freeman and Ian Thorpe in lifting the prestigious prize, reports Xinhua news agency. Barty was the first Australian to win the French Open in 46 years and is now aiming to become the first Australian woman to end the season with the number one ranking since Margaret Court in 1973.

It comes only five years after Barty announced she was taking an indefinite break from tennis.

Speaking on Thursday night, Barty said that the lessons she learned during her 12-month hiatus, during which she played cricket professionally, were instrumental in her rise to the number one ranking.

In 1998, The Sport Australia Hall of Fame created 'The Don' Award (named after cricket legend Sir Donald Bradman) which is to honour a current Australian athlete or team who, by their achievements and example over the last 12 months, are considered to have had the capacity to most inspire the nation.

Athletes who have won the Award are not inducted into the Hall of Fame, however once they have retired from the highest level of competition, they become eligible for nomination, the same as all other athletes.

Wheelchair racer Louise Sauvage becomes the first Australian Paralympian to be elevated to legend status within the Sport Australia Hall of Fame.

Comments
Topics mentioned in this article
Ashleigh Barty Tennis
Get the latest updates on Olympics 2020, Olympics 2020 Medal Tally , Live Cricket Score . Like us on Facebook or follow us on Twitter for more sports updates. You can also download the NDTV Cricket app for Android or iOS.