China Open: Naomi Osaka fought back from a set down to defeat world number one Ashleigh Barty to clinch the title. 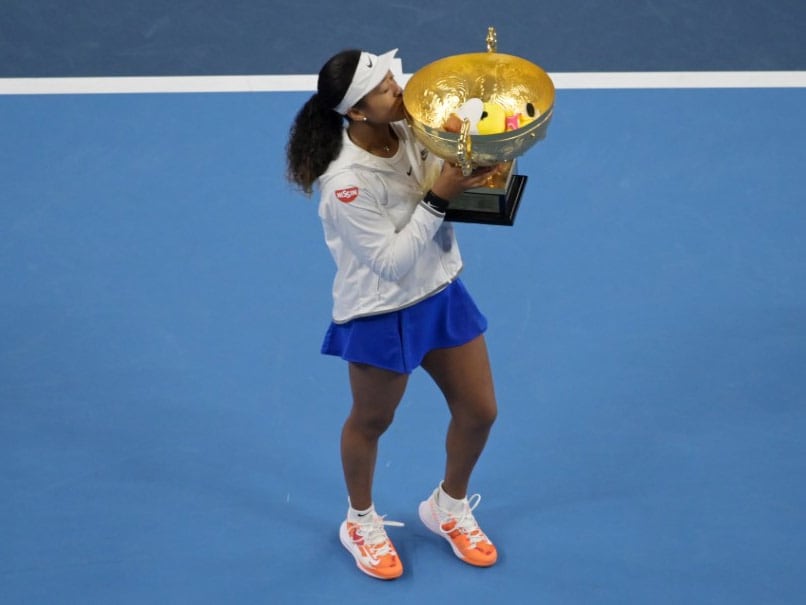 Naomi Osaka won a second tournament on the spin as she fought back from a set down to defeat world number one Ashleigh Barty in the China Openfinal on Sunday. The Japanese two-time Grand Slam champion emerged victorious after 110 minutes in chilly Beijing, 3-6, 6-3, 6-2. On Saturday, after defeating holder Caroline Wozniacki in the semi-finals, the 21-year-old called her own serve "confusing". And so it was in the sixth game when Osaka conjured up a double fault, then an ace, then another double fault against Australia's Barty.

The world number four, victorious in her home Pan Pacific Open last month, was broken when she planted a forehand into the net.

The former number one appeared mildly uncomfortable with her shoulder, touching it and rotating it between points.

Barty, 23, who had strapping down her left calf, wrapped up the first set in 34 minutes and frustration was creeping in for the Australian Open champion Osaka.

But much of the crowd in Beijing was pro-Osaka and they were cheering when she broke Barty to move 4-2 up on the way to winning the second set.

"Basically I was telling myself to keep fighting even though my attitude was really trash. This is a final, I'm really privileged to be here in the first place, so keep fighting."

Osaka was in control now and broke Barty -- who five years ago took a rest from tennis and played cricket -- in the first game of the deciding set on the way to victory.

This was a third title of 2019 for Osaka and fifth in her short career.

Comments
Topics mentioned in this article
Naomi Osaka Ashleigh Barty Tennis
Get the latest updates on ICC T20 Worldcup 2022, check out the Schedule and Live Score. Like us on Facebook or follow us on Twitter for more sports updates. You can also download the NDTV Cricket app for Android or iOS.