Watch: Devdutt Padikkal's Wish For MS Dhoni Before Cutting His Own Birthday Cake

Devdutt Padikkal passed on birthday wishes on behalf of Team India to MS Dhoni, while cutting the cake for his own birthday celebration. 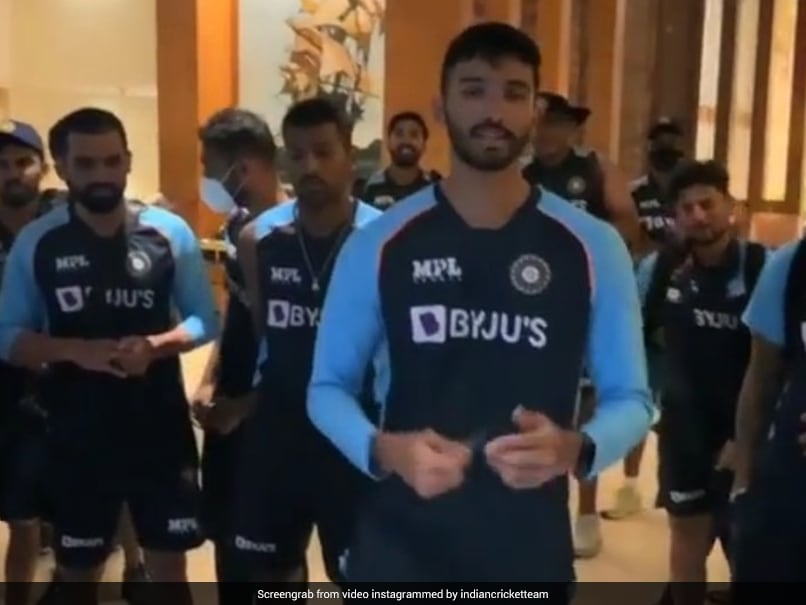 Devdutt Padikkal paid a huge tribute to MS Dhoni on his 40th birthday. The Royal Challengers Bangalore (RCB) cricketer is currently with Team India for their Sri Lanka Tour, and shares his birthday on the same day as the Chennai Super Kings (CSK) skipper: July 7. During his cake-cutting ceremony, Padikkal stated, "Before I cut my cake, I would like to wish Mahi bhai on behalf of the entire team. He has been an inspiration for all of us and it is a great feeling to celebrate a birthday with him".

Team India are currently on their tour of Sri Lanka, and will be playing three ODIs and three T20 Internationals (T20Is). The tour begins with the ODI series which begins on July 13, followed by the T20I series.

Shikhar Dhawan will be captaining the visitors in the island nation, with Bhuvneshwar Kumar as his deputy.

Senior players like Virat Kohli and Rohit Sharma are not part of the squad, and will be coming back in action for the Test series against England.

Dhoni made his international debut in 2004, against Bangladesh. He represented India in 538 games across formats in a career spanning 16 years.

Dhoni's last match for India was in July 2019, when India lost to New Zealand in the Cricket World Cup semi-final.

He announced his retirement from international cricket on August 15, 2020. He is also one of the most successful captains in history, having won all three major ICC trophies -- the ODI World Cup, the T20 World Cup and the Champions Trophy.

MS Dhoni Sri Lanka vs India, 2021 Cricket
Get the latest updates on T20 World Cup, check out the T20 World Cup Schedule and Live Score . Like us on Facebook or follow us on Twitter for more sports updates. You can also download the NDTV Cricket app for Android or iOS.