India Vs Sri Lanka: It's Either Jayant Yadav Or Axar Patel As Kuldeep Yadav's Cover For 3rd Test

While Kuldeep Yadav is a certainty in the playing XI for the final Test match, the team management wants to keep a cover for the young chinaman bowler. 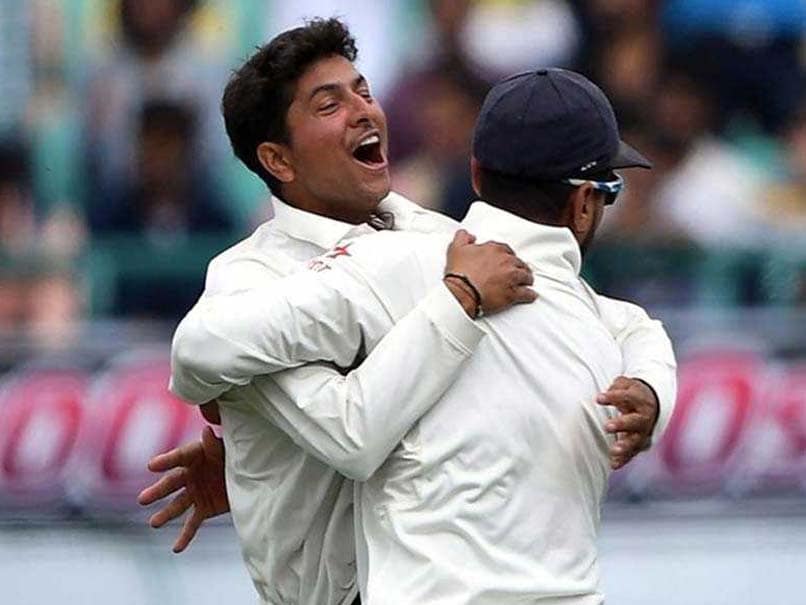 Axar Patel or Jayant Yadav could be summoned as the 15th member of the Indian team.© AFP

Left-arm spinner Axar Patel or off-spinner Jayant Yadav could be summoned as the 15th member of the Indian team due toRavindra Jadeja's suspensionfrom the third Test against Sri Lanka, starting August 12. While Kuldeep Yadavis a certainty in the playing XI for the final Test match, the team management wants to keep a cover for the young chinaman bowler. Chairman of selectors MSK Prasad is currently in Pallekele for the third Test and is expected to take a call after discussions with coach Ravi Shastri and captain Virat Kohli.

Axar is currently in South Africa, where he is playing the tri-nation one day series of the A teams.

"Since Axar will be finishing his one day engagements by Tuesday evening, he can join the team by Thursday (August 10). Logically, he is a like for like replacement in absence of Jadeja," a BCCI official, who can't be officially quoted, told PTI.

However Jayant can't be ruled out altogether as he was the part of the Test squad when India last played a Test series against Australia, earlier this year.

Jayant was selected for the South Africa A tour but currently is in India as he recently lost his father.

"If one looks at how the selectors have gone about their job, the four premier Test spinners during home series were Ravichandran Ashwin, Jadeja, Jayant and Kuldeep. While Kuldeep is ahead in pecking order, if selectors follow the pattern, then Jayant can also be summoned," the official said.

While the Haryana lad has suffered a personal tragedy but there are examples in Indian cricket with biggest of them being Sachin Tendulkar, who played the World Cup after his father passed away.

Very recently, young stumper Rishabh Pant played an IPL match for Delhi Daredevils, less than a week after the bereavement.

Meanwhile, senior left-hander Suresh Raina will be appearing for a fitness Test at the National Cricket Academy. "After months of hard work it's time for an evaluation. Off to NCA! Looking forward," tweeted Raina.

Raina's appearance for a fitness test keeps him in contention for a place in the Sri Lanka bound ODI squad along with A team skipper Manish Pandey, who has had a fabulous tri-series in South Africa.

Yuvraj Singh and Rishabh Pant may have to make way in the limited overs squad.

Raina was among the five standbys for the Champions Trophy.