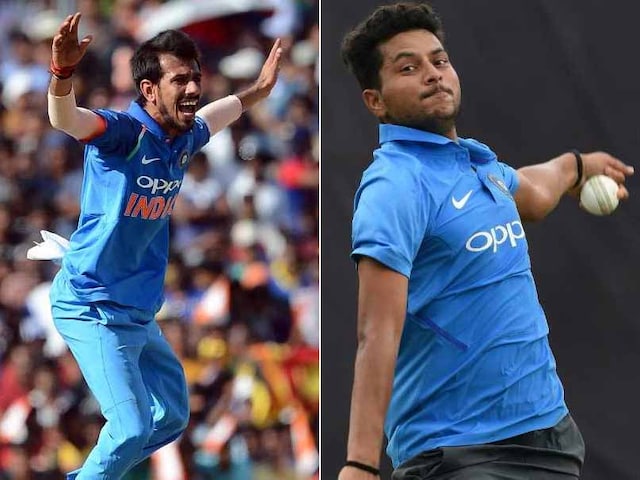 Over the years, India have had some fantastic spin twins bamboozling opposition batsmen from all over the world. The likes of Bishan Singh Bedi-Bhagwat Chandrasekhar, Harbhajan Singh-Anil Kumble, Ravichandran Ashwin-Ravindra Jadeja have done the country proud with some sterling performances in both Tests and ODIs. However, it was the young duo of Yuzvendra Chahal and Kuldeep Yadav that did something never done in the entirety of India's ODI history. When Chahal and Kuldeep took the field in the fifth and final ODI against Sri Lanka at Colombo, it was the first time India played two specialist wrist spinners in their history of 922 ODIs.

India outclassed Sri Lanka in the fifth ODI to sweep the series 5-0. The series win came after India swept the preceding three-Test rubber 3-0, capping their domination of the home side which has been beset by injury and selection woes.

Captain Virat Kohli stood out with the bat in Colombo, scoring his 30th ODI century while Bhuvneshwar Kumar got the job done with the ball, grabbing a career-best five for 42.

Chahal and Kuldeep both had economical figures but could only manage one wicket apiece in the final match of the ODI series.

Comments
Topics mentioned in this article
India Cricket Team Sri Lanka Cricket Team Virat Kohli Kuldeep Yadav Yuzvendra Chahal Sri Lanka vs India 2017 Cricket
Get the latest updates on IPL 2020, check out the IPL Schedule for 2020 and Indian Premier League (IPL) Cricket live score . Like us on Facebook or follow us on Twitter for more sports updates. You can also download the NDTV Cricket app for Android or iOS.