South Africa vs India: Team India took part in a training session ahead of the first Test against Centurion, starting on Sunday, December 26. 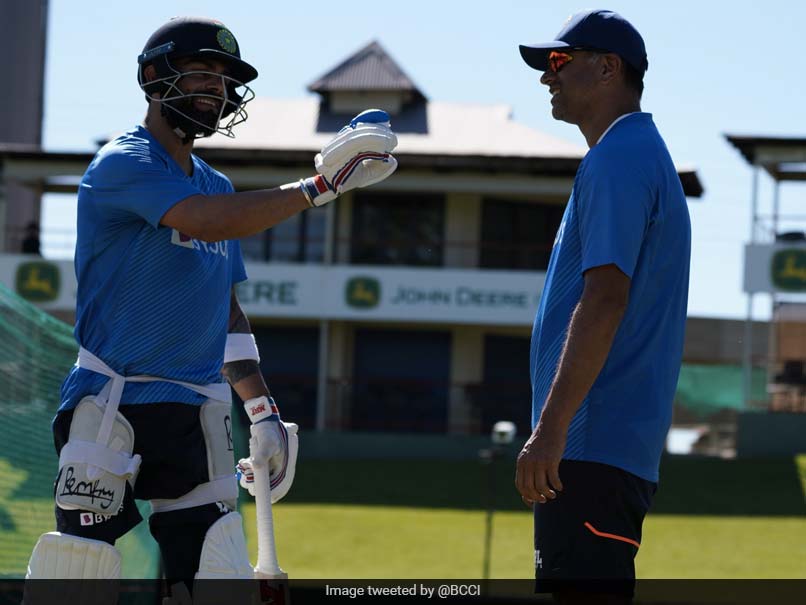 SA vs IND: Team India took part in a training session ahead of the first Test on Sunday.© BCCI/Twitter

Team India took part in a training session ahead of the first Test against Centurion, starting on Sunday, December 26. After arriving in South Africa last week, Team India has been gearing up for the three-match Test series. The Board of Control for Cricket in India (BCCI) has been providing regular updates of team's preparations for the series. A day before the first Test, the BCCI shared multiple pictures in a series of tweets to give the fans a glimpse of team's final preparations for the Boxing Day Test.

In the photos, Test captain Virat Kohli and the other Indian players can be seen sweating it out in the nets, under the watchful eyes of head coach Rahul Dravid.

"Just a sleep away from the series opener," the BCCI captioned the images on their official Twitter handle.

Just a sleep away from the series opener! #TeamIndia #SAvIND pic.twitter.com/0OrU8zDmFQ

The Indian team is missing a few key players, including vice-captain Rohit and all-rounder Ravindra Jadeja and young batter Shubman Gill, due to injuries.

India have never won a Test series in South Africa, losing in six of their seven previous visits to the Rainbow nation.

The Indian team management will have a few selection calls to make as far as India's playing XI is concerned.

Ajinkya Rahane has not been in the best of form and could find himself out of the playing XI, with Shreyas Iyer and Hanuma Vihari waiting in the queue.

The SuperSport Park in Centurion, the venue for the first, is a ground where South Africa have lost just twice in 26 Tests, winning on 21 occasions.

Rahul Dravid SuperSport Park, Centurion South Africa vs India 2021/22 Cricket South Africa vs India, 1st Test
Get the latest updates on ICC Women's Cricket World Cup 2022 and IPL 2022, check out the Schedule , Live Score and IPL Points Table. Like us on Facebook or follow us on Twitter for more sports updates. You can also download the NDTV Cricket app for Android or iOS.