SA vs IND: How Rohit Sharma Is Gearing Up For South Africa Tour. Watch

Newly-appointed captain of the Indian limited-overs men's cricket team, Rohit Sharma shared a video of a throw-down session ahead of the upcoming South Africa tour. 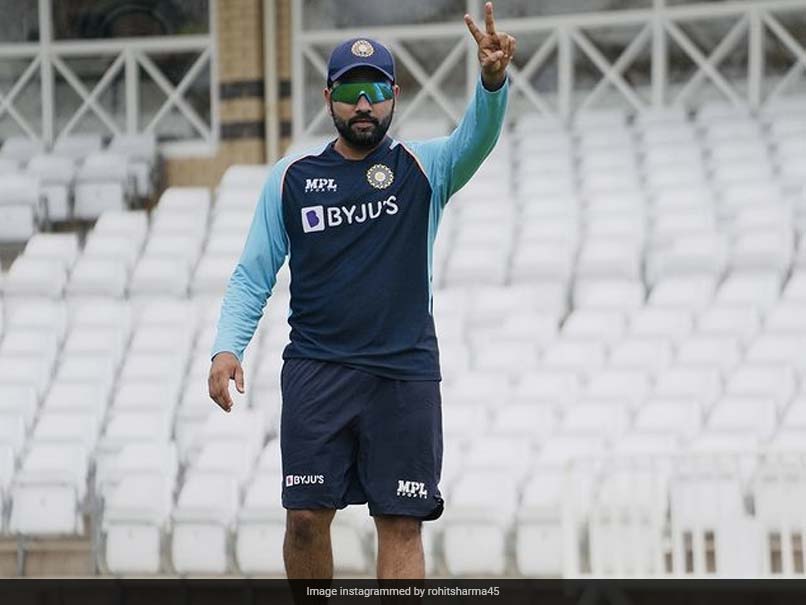 Rohit Sharma will be a key asset for Team India in the upcoming South Africa tour.© Instagram

Vice-captain of the Indian Test side Rohit Sharma was seen sweating it out during an intense nets session ahead of a long South Africa tour, beginning December 26. In the video posted by Rohit on his social media platforms, the right-hander went through the paces as he middled the ball and played shots ranging from a straight drive, a pull shot and cover drives. However, the noticeable part of the session was his anticipation and the application to leave the ball just outside the off-stump. With an important Test series coming up, Rohit's focus on succeeding in the longest format was quite evident.

Rohit was recently appointed as the skipper of the ODI side. He took over the reins from former limited-overs leader Virat Kohli. Rohit was also picked as the Kohli's deputy in the longest format of the game.

Rohit was part of a hectic season that saw India play the first half of the Indian Premier League (IPL), the World Test Championship final, a Test series in England, then the second of the IPL in the UAE, followed by the ICC T20 World Cup -- all within a space of eight months.

With a view on managing the workload of senior pros like Rohit, he was rested from the two-match Test series against New Zealand at home, which India won 1-0 .

Rohit Sharma will feature in the Test series which will begin at the SuperSport Park in Centurion from December 26 to 30.

The second Test from January 3 to 7 will be played at the Wanderers Stadium in Johannesburg followed by final Test at Newlands in Cape Town from January 11 to 15.