South Africa vs India: Team India got off to the worst possible start with Cheteshwar Pujara departing on the second ball of Day 3, thanks to a one-handed stunner by Keegan Petersen in the leg-slip region. 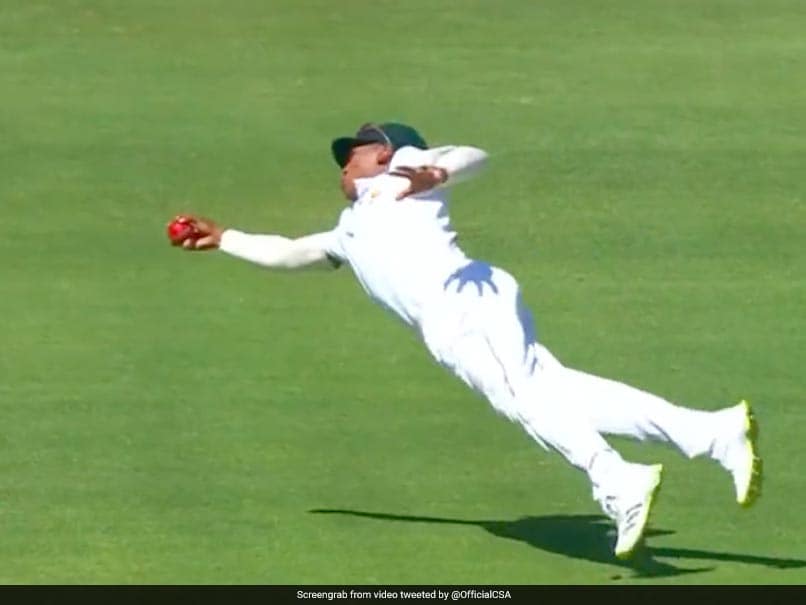 Team India number 3 Cheteshwar Pujara failed to add any runs to his overnight score of nine as he departed on the second ball of the third day's play of the third Test match at Newlands in Cape Town. Pacer Marco Jansen attacked the rib-cage with the new ball and had Pujara in some discomfort as the batter guided it down the leg side behind the stumps. Keegan Petersen, who was standing in the leg-slip region, jumped to his right and took a one-handed diving catch to end Pujara's innings early.

Here's the video of the epic catch by Petersen:

The script couldn't have been better written for the home side as Kagiso Rabada followed Pujara's dismissal by sending back Ajinkya Rahane, who fell for only a single run to his name.

In the first innings, South Africa showed glimpses of a fight against an inspired Indian bowling line-up but that didn't last long. Bumrah took a fabulous five-wicket haul on Day 2 to help India take an important 13-run first innings lead.

India started the day on 57/2, leading the Proteas by 70 runs in the second innings.

All hopes will be pinned on skipper Kohli as Team India look to post a formidable target for South Africa to chase in the 4th innings.

Cheteshwar Pujara Keegan Petersen South Africa vs India 2021/22 Cricket
Get the latest updates on ICC T20 Worldcup 2022, check out the Schedule and Live Score. Like us on Facebook or follow us on Twitter for more sports updates. You can also download the NDTV Cricket app for Android or iOS.