When India were desperate to get their first breakthrough on Day 4 of the series-deciding third Test against South Africa, Pujara grasped a fairly easy chance at first slip to give a reprieve to Keegan Petersen, the best batter for the visitors in this Test match in Cape Town. 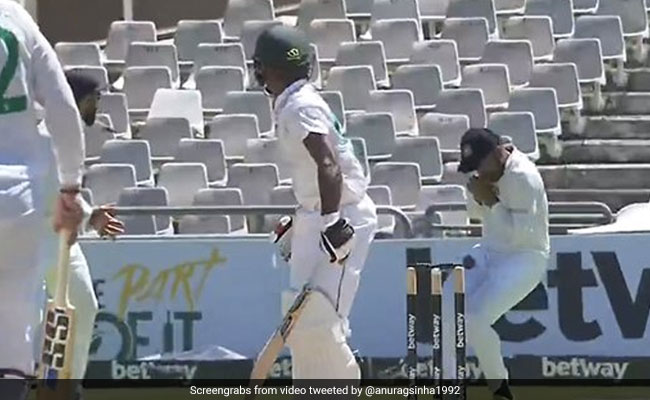 It won't be an exaggeration to state that Cheteshwar Pujara is perhaps going through one of the worst phases of his international career. The right-hander is not only finding it hard to score consistently with the bat for quite some time but he has also started to let his team down in the field. When India were desperate to get their first breakthrough on Day 4 of the series-deciding third Test against South Africa, Pujara grasped a fairly easy chance at first slip to give a reprieve to Keegan Petersen, the best batter for the visitors in this Test match in Cape Town.

In the 40th over of the South African second innings, Jasprit Bumrah got one to just bounce a little bit more than what Petersen expected. The South African right-hander perhaps could have let that one go but he was in such good form that he got sucked into prodding at that one and ended up getting a thick outside edge.

Bumrah had even started to run towards the slip cordon in anticipation of an important wicket but Pujara failed to hang on to it. It was just below his chest; he went at it with his fingers pointing below but made a meal of it. There disbelief written all over Pujara's face while captain Virat Kohli, standing at second slip, did not show any emotion.

Bumrah just grimaced a bit and turned back towards his mark.

This was not the first time that Pujara had let one go in this Test. In South Africa's first innings, he failed to grab onto a difficult low catch at first slip which resulted in five penalty runs as the ball had hit the helmet kept on the ground. Temba Bavuma was the lucky batter on that occasion.

India did get the wicket of Petersen as he chopped one back onto his stump off Shardul Thakur's bowling but by then he had scored 82 and South Africa had crossed the 150-run mark.

If India do manage to snatch an improbable win from this stage, then it will also result in their maiden Test series victory on South African soil. India had won the first Test in Centurion by 113 runs while the visitors levelled the series with a 7-wicket victory in Johannesburg.

Cheteshwar Pujara Keegan Petersen Cricket
Get the latest updates on ICC Women's Cricket World Cup 2022 and IPL 2022, check out the Schedule , Live Score and IPL Points Table. Like us on Facebook or follow us on Twitter for more sports updates. You can also download the NDTV Cricket app for Android or iOS.