Prashant Kumar Rai was the hot pick of the day as UP Yoddhas bagged the raider for Rs 79 lakh. 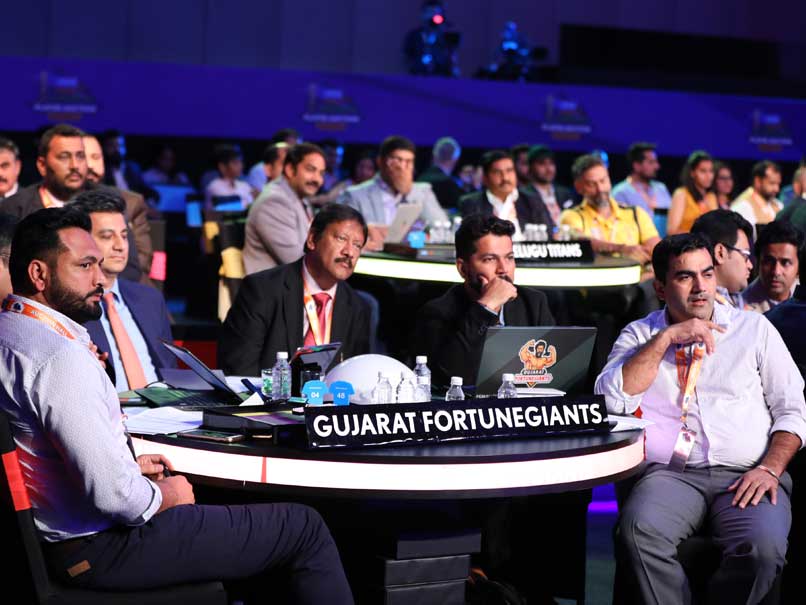 The 2018 edition of the Pro Kabaddi League (PKL) auctions turned out to be a landmark event, witnessing the making and breaking of records with five Indians and one foreign player entering the Rs 1 crore club. Wednesday, the first day of the two-day auction, had seen Iran star Fazal Atrachali create history by becoming the first to command a price of Rs 1 crore before raider Monu Goyat became the most expensive player when Haryana Steelers secured his services for a whopping Rs 1.51 crore. Thursday's proceedings were more sedate in comparison. Prashant Kumar Rai was the hot pick of the day as UP Yoddhas bagged the raider for Rs 79 lakh. Another raider Chandran Ranjit also sparked off a bidding war between different franchises before Dabang Delhi bagged the 26-year-old for Rs 61.25 lakh.

The third costliest buy of the day was Pawan Kumar, the raider who had earlier played for U Mumba. The 23-year-old was snapped up by Bengaluru Bulls for Rs 52.8 lakh.

U Mumba and Delhi faced a close fight for Dharmaraj Cheralatha. However, the former secured the defender after spending Rs 46 lakh.

Ajay Kumar and Tushar Patil, who were both bids for identical sums of Rs 25 lakhs, were bagged by Gujarat Fotunegiants and Patna Pirates respectively.

However, there was a disappointment in store for former India captain Rakesh Kumar as none of the franchises appeared to be interested in him.

On Wednesday, the first of the two-day PKL auction here, several records were made, only to be broken within minutes.

Nitin Tomar, who was last year's costliest player with a price tag of Rs 93 lakh, also followed Deepak to edge past the 1-crore mark as Puneri Paltans pocketed him for Rs 1.15 crore.

In the final moments of the first day auctions, UP Yoddhas spent Rs 1.11 crore to retain Rishank Devadiga.

Delhi tried their best to sign star raider Rahul Chaudhary after making a Rs 1.29 crore bid, but the Telugu Titans exercised the Final Bid Match (FBM) at the right time to retain the 24-year-old.

However, former India captain Anup Kumar suffered a fall from grace as he commanded a mere Rs 30 lakh. Anup, who led India to a record third World Cup title in 2016, will represent the Jaipur Pink Panthers this season.

He had commanded a price of Rs 56.65 lakh last season while being retained for the fifth consecutive time by the U Mumba franchise. However, he was not retained this season following a run of poor form.

Earlier on day one, Iranian defender Fazel Atrachali became the first to breach the Rs 1 crore mark in PKL history.

The Iranian was pocketed by U Mumba for Rs 1 crore during the foreigners' auction in the morning session which preceded the domestic auction.

With a base price of Rs 30 lakh, the 26-year-old set off a bidding war between the Jaipur and Mumbai franchises before the latter sealed the deal.

Gujarat Fortunegiants had the option to retain the Iranian. However, they decided not to exercise the FBM option.

With this purchase, the Iranian also surpassed Tomar.

The left corner defender has featured in 56 matches of PKL, securing 152 tackle points.

Atrachali's joy at being the costliest buy in PKL history was shortlived as Jaipur spent Rs 1.15 crore to take Hooda home.

He sparked off a bidding war between the various franchises. Haryana Steelers and Dabang Delhi fought a close fight to secure his services. However, it were the Panthers who came out victorious to bag the 23-year-old.

Surinder Nada, meanwhile, also emerged as one of the most expensive players as Haryana Steelers had to spend Rs 75 lakh for keeping the all-rounder in their squad.

Atrachali's compatriot Abozar Mohajermighani, who was the first foreign player to be auctioned, was snapped up by Telugu Titans for Rs 76 lakh as the Fortunegiants once again refused to exercise their FBM option.

South Korean raider Jang Kun Lee was bought by Haryana Steelers for Rs 33 lakh. However, the Bengal Warriors utilised the FBM card to retain the 25-year-old.

However, the franchises showed meagre interest in Chillar, who was one of the most expensive buys at last year's auctions. Tamil Thalaivas took home the defender for a mere Rs 20 lakh.

Jaipur Pink Panthers showed interest in Iran's Farhad Rahimi and had almost picked him for Rs 21.5 lakh but Telugu Titans utilised the FBM option to retain the right-corner defender.

Gujarat signed their first players of the auction when they spent Rs 12 lakh and Rs 17.2 lakh to rope in Iran's Hadi Oshtorak and South Korean Dong Geon Lee respectively.