The highlight of the day one of PKL 2018 auction was Monu Goyat as he earned the bragging rights of being called the costliest player. 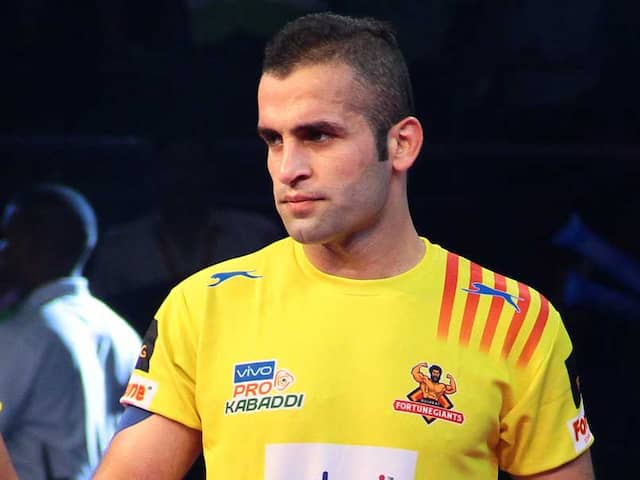 The opening day of the Pro Kabaddi League 2018 auction saw overseas as well as Indian players bag deals worth crores of rupees. The highlight of the day one of PKL 2018 auction was Monu Goyat as he earned the bragging rights of being called the costliest player. He fetched an amount of Rs 1.51 crore during the bidding war and was acquired by Haryana Steelers. PKL franchisee U Mumba's Iranian talent Fazel Atrachali, who had a base price of Rs 30 lakh, bagged a deal of Rs 1 crore. Atrachali sparked a bidding war between Jaipur Pink Panthers and U Mumba, but it was the Mumbai-based franchise who bought the services of the Iranian defender.

The other players who crossed the Rs 1 crore mark were Deepak Niwas Hooda and Nitin Tomar. They were snapped up by Jaipur Pink Panthers and Puneri Paltan respectively for an identical sum of Rs 1.15 crore.

Deepak sparked a bidding war between the various franchises. Haryana Steelers and Dabang Delhi fought a close fight to secure his services. However, it were the Panthers who came out victorious to bag the 23-year-old.

Meanwhile, former India captain Anup Kumar could only bag a deal of worth Rs 30 lakh for the sixth season of the PKL. Anup, who led India to a record third World Cup title in 2016, will represent the Jaipur Pink Panthers this season.

Delhi tried their best to sign star raider Rahul Chaudhary after making a Rs 1.29 crore bid, but the Telugu Titans excercised the Final Bid Match (FBM) at the right time to retain the 24-year-old.

Nitin Tomar, who was last year's costliest player with a price tag of Rs 93 lakh, also followed Deepak to edge past the 1-crore mark as Puneri Paltans pocketed him for Rs 1.15 crore.

In the final moments of the first day auctions, UP Yoddhas spent Rs 1.11 crore to retain Rishank Devadiga.