Bronny's team California Basketball Club has played two of its three games during a 12-day trip to Europe. 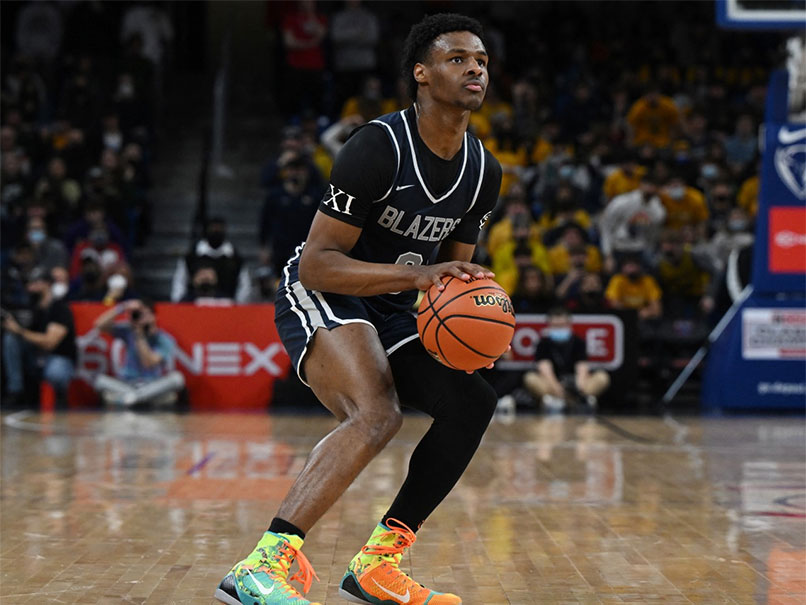 17-year-old Bronny James made the monster dunk during the AXE Euro Tour.

A monster dunk by Bronny James, the son of star basketball player LeBron James, rocked the NBA world on Monday. The 6-foot-6 high school senior delivered the best poster dunk of his life in Paris, drawing rave reviews from a number of National Basketball Association (NBA) players in the United States, including his father.

"OH MY GOODNESS BRONNY!!!!!" LeBron tweeted along with nearly a dozen "shocked" emoji.

The shot came during the AXE Euro Tour, which Bronny and his brother Bryce are playing. During the match, Bronny displayed his Athletic ability, going baseline to baseline against three opponents and contorting his body to deliver a monster one-hand dunk.

His 15-year-old brother cheered for him from the bench.

Bronny, 17, is just three years away from being eligible to play in the NBA.

Bronny's team California Basketball Club has played two of its three games during a 12-day trip to Europe. According to ESPN, the team opened with an 81-74 loss to Hoopsfix Elite (London) at Copper Box Arena on August 11, followed by a 97-85 loss to U18 French Select in Paris on August 15, despite a game-high 25 points from Bronny.

The final game is scheduled for Thursday in Rome.

This was the first time that Bronny and Bryce played together in a basketball game. Bryce also received a roaring ovation as he entered the court to play. The 15-year-old scored four points on 2-of-5 shooting, making a couple of nice drives, the ESPN report said.

Comments
Topics mentioned in this article
LeBron James
Get the latest updates on India vs South Africa and check out  Schedule, Results and Live Score. Like us on Facebook or follow us on Twitter for more sports updates. You can also download the NDTV Cricket app for Android or iOS.