Romano Fenati's moment of madness, when he caused Stefano Manzi to temporarily lose his balance before regaining control of his bike, caused widespread condemnation. 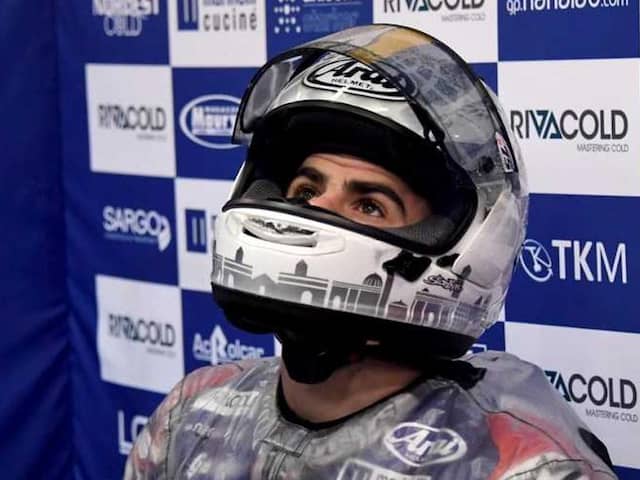 Disgraced Italian Moto2 rider Romano Fenati, who grabbed a rival's brake lever during the San Marino Grand Prix earlier this month, had his licence suspended until the end of the year by the International Motorcycling Federation on Friday. The 22-year-old had already said he was retiring from the sport after being sacked by his Marinelli Snipers team and the Forward Racing team he was due to join next year. Fenati was called to the FIM headquarters in Switzerland on Tuesday.

"A new FIM licence for the 2019 season may be granted to him subject to the conditions laid down in the FIM Regulations," the sport's governing body said in a statement.

Fenati's moment of madness, when he caused Stefano Manzi to temporarily lose his balance before regaining control of his bike, caused widespread condemnation.

"The FIM representatives... reminded Mr Fenati of the profound influence high-level athletes can have on fans and young people and urged him to be mindful of his responsibility to set a positive example in future," the statement added.

Fenati, who was originally suspended for two weeks by Marinelli Snipers before being fired, had apologised to "the world of sport" the following day.

The incident happened a few laps after the two riders' bikes had touched when Manzi attempted to overtake Fenati.

"I shouldn't have responded to the provocation," Fenati said at the time. "It displayed a horrible image of me and my sport. I'm not like that, and people who know me know that."