Asian Games Star Swapna Barman, Who Has Six Toes On Both Feet, Will Receive Seven Pairs Of Customised Shoes

Swapna Barman will be gifted a different pair for every Heptathlon event. 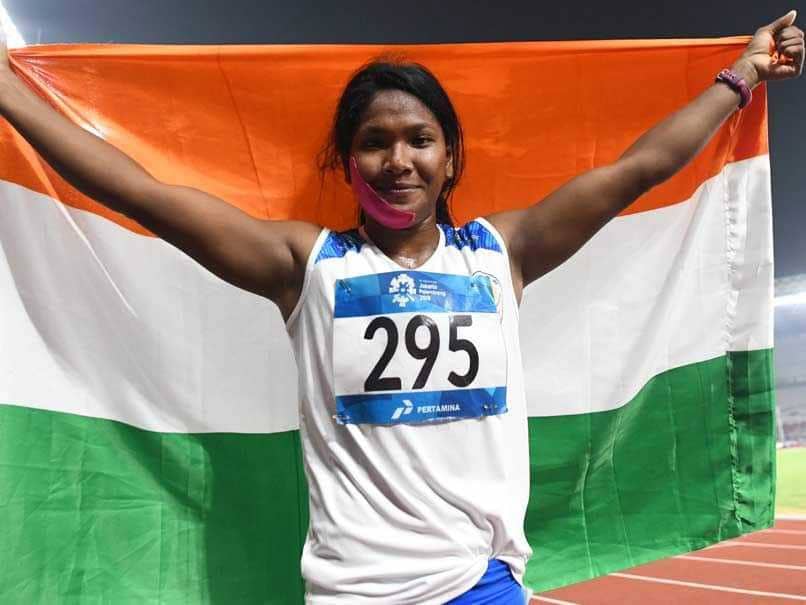 Heptathlete Swapna Barman, who clinched gold in the recently concluded Asian Games 2018, will receive seven pairs of customised shoes, according to an announcement made by a sportswear brand. The customised shoes will be made for Barman because she was born with six toes on both feet, and the world came to know of her discomfort only after the Asian Games held in Jakarta ended.

Last month, the All India Institute of Medical Sciences (AIIMS) in Delhi had invited Swapna Barman to treat her tooth infection and back pain. According to media reports, the premier hospital sent the 21-year-old a message in which she was described as 'the nation's pride' and offered to give her the 'best possible treatment available'.

Swapna was reportedly scheduled to undergo tests and was considering surgery for a recurring lower back problem. The Asiad winner was facing back problems since the 2017 Asian Championships in Bhubaneswar.

Swapna tolerated a toothache and a stiff challenge from China's Wang Qingling to claim gold in the heptathlon event with an aggregate of 6026 points, which is also a landmark as she crossed the 6000-point mark in the Asian Games competition.