Swapna Barman said every step of the race had been excruciating as she pushed through the pain barrier in her ill-fitting footwear. 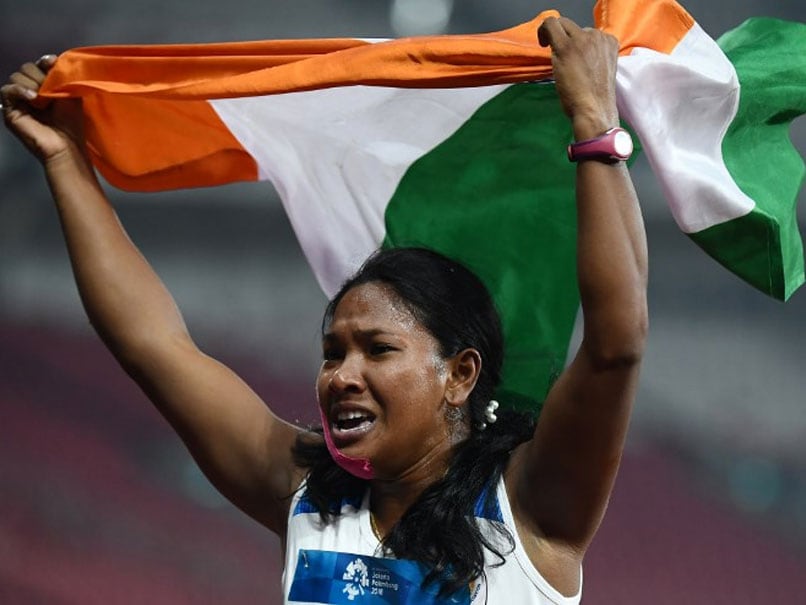 Swapna Barman, who has six toes on each foot, made a plea for special shoes.© PTI

Being born with six toes on each foot didn't stop India's Swapna Barman winning the Asian Games 2018 heptathlon -- but she immediately issued a plea for shoes that actually fit. Barman led going into the last of the seven heptathlon disciplines, the 800m -- her weakest event -- and managed to cling on despite a fourth-placed finish as her closest rival came in last. The Indian athlete, who still has all dozen of her toes, said every step of the race had been excruciating as she pushed through the pain barrier in her ill-fitting footwear.

"Normal shoes don't work for me. There is lot of pain when I wear any shoe, spikes or anything," she said after clinching gold late on Wednesday.

"I hope they make special shoes for me because I have a lot of pain."

"Even warm-up shoes hurt, so forget about spikes."

Barman, 21, shot to attention last year by taking gold at the Asian Championships in India.

She then suffered a string of ankle and back injuries that kept her out for most of a year, but came back in time to finish second in India's Asian Games qualifiers.

In Jakarta she won her specialist high jump, as well as the shot put and javelin, to record a personal best score of 6,026, despite her woes on the track.

From a poor family in the east Indian town of Jalpaiguri, she said she has never considered surgery to remove the additional digits, blaming the extra width of her feet for the pain.

Her feet were not her only concern as she raced to victory on Wednesday night -- she also had to contend with acute toothache, which she blame on her sweet tooth.

"I used to to eat a lot of chocolates so have a lot of pain in one of my teeth before the start of the competition," she told reporters, wearing heavy strapping on her chin.

Comments
Topics mentioned in this article
Athletics Asian Games 2018
Get the latest updates on IPL 2021, check out the IPL 2021 Schedule and Indian Premier League Live Score . Like us on Facebook or follow us on Twitter for more sports updates. You can also download the NDTV Cricket app for Android or iOS.