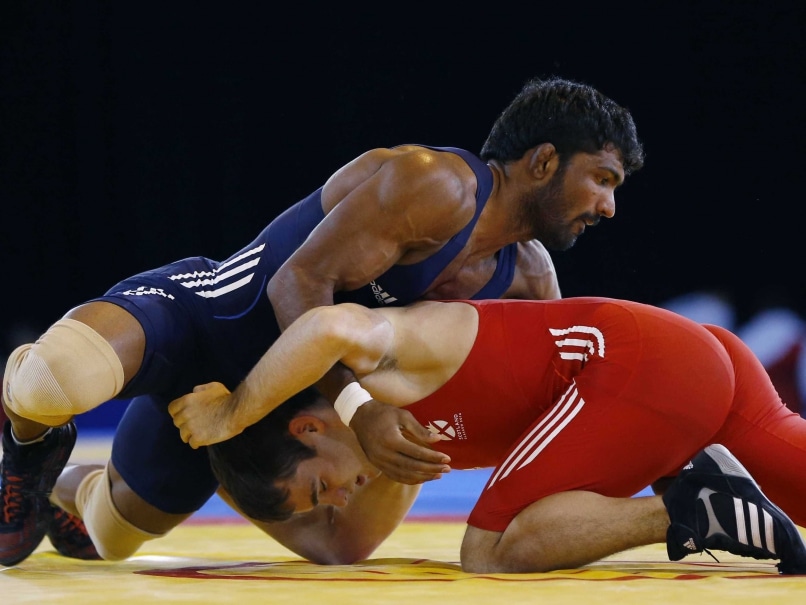 Yogeshwar Dutt failed to win a medal at the 2016 Rio Olympics.© AP

Wrestler Yogeshwar Dutt's London 2012 Olympics medal will not be upgraded to gold. Earlier, several media reports had claimed that Dutt will get the gold as the top-place finisher Togrul Asgarov's sample tested positive for a banned substance.

But the United World Wrestling (UWW) confirmed that The Azerbaijan wrestler did not fail any dope test.

Dutt, who failed to win a match at the 2016 Rio Olympics, had originally won a bronze medal in the 60kg category at 2012 London Olympics. But silver medallist Russia's Besik Kudukhov, four-time world champion,Â  who had died in a car crash in 2013 in southern Russia, was found to have used a banned substance in a test conducted by the World Anti-Doping Agency (WADA).

Then, some media reports claimed that not only silver medallist but gold medallist in Dutt's category - Asgarov - had also failed a dope test. This gave rise to the speculation that the Indian wrestler might get the gold medal. But UWW's confirmation has put to rest all those speculations.

In fact, the Wrestling Federation of India (WFI) is still awaiting official news on Yogeshwar's silver medal upgradation also with UWW yet to confirm the development, as Yogeshwar's sample is also being tested.

However, Yogeshwar Dutt had earlier said that he would want the late Kudukhov's family to keep the silver medal. "He was a brilliant wrestler. That his sample tested positive for a banned substance, after his death, is really sad. If it's possible then his family should be allowed to keep the medal. It would be a proper respect to him. Humanity is above all," he said. Â

As per WADA's revised norms, samples taken for dope tests from international tournaments are now been stored in deep freeze up to 10 years in order to allow the use of advanced technology, available with the passage of time, to catch the dope cheats to ensure that "the clean athletes get justice even if it comes a bit late".

The International Olympic Committee has been re-testing the samples collected at London as well as 2008 Beijing Olympics, besides other international tournaments, keeping in view of the new rules.

Comments
Topics mentioned in this article
Yogeshwar Dutt Olympics 2012 Olympics Wrestling
Get the latest updates on ICC T20 Worldcup 2022, check out the Schedule and Live Score. Like us on Facebook or follow us on Twitter for more sports updates. You can also download the NDTV Cricket app for Android or iOS.