Yogeshwar Dutt said that the upgradation of his London 2012 medal from bronze to silver will help ease the disappointment of his early exit from the Rio Games, although he was not sure whether to be happy or sad at the development 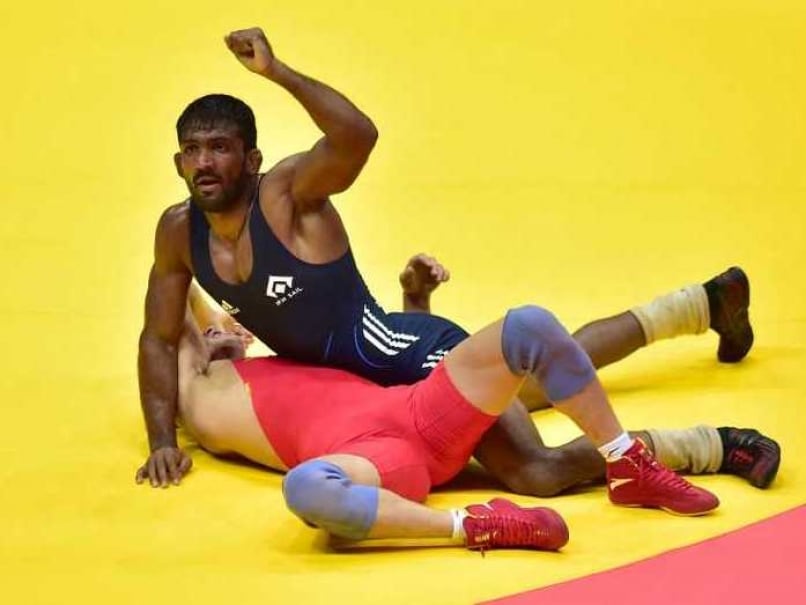 Indian wrestlerYogeshwar Dutt has said that the upgradation of his London Olympicsmedal from bronze to silver will help ease the pain of his early exit at the Rio Olympic Games.

Speaking to NDTV, Dutt said that he was surprised when he first learnt of the development, and didn't know how to react.

Yogeshwar Dutt had won a bronze in men's 60 kg freestyle wrestling at the London Games. However, after the sample of original silver medallist Besik Kudukhov (Russia) tested positive for a banned substance, nearly three years after his death, Dutt's medal was upgraded to silver.

"I don't know whether to be happy or sad over what has happened, but it is definitely a matter of happiness for my countrymen," Dutt told NDTV.

"After my defeat in Rio, it will help ease the pain and disappointment to some extent," he added.

The wrestler from Haryana said that doping had no place in wrestling or any other sport, and the menace should be stopped.

On being asked about his future plans following the Rio Olympics, Dutt said that his complete focus is now on the World Wrestling Championships.

Comments
Topics mentioned in this article
Olympics 2016 India Wrestling Yogeshwar Dutt Olympics 2012
Get the latest updates on Fifa Worldcup 2022 and check out  Fifa World Cup Schedule, Stats and Live Cricket Score. Like us on Facebook or follow us on Twitter for more sports updates. You can also download the NDTV Cricket app for Android or iOS.