Why are our politicians so reluctant to give away their seats in various sports federations? Well for starters, the job (if you want to call it so) comes with great perks like foreign trips. 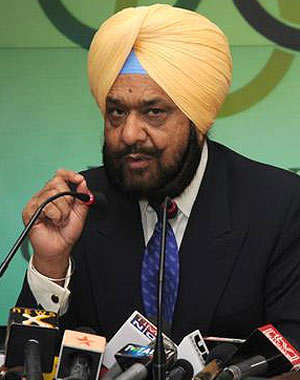 Elections of sports bodies in India, unless it's the BCCI of course, don't exactly get much media coverage. Certainly not on TV channels. This year's an exception though, with the polls of the Indian Olympic Association (IOA) creating quite the stir. Really, when's the last time India's kho kho, triathlon and ice-skating association heads saw their names in the newspapers? That's what the build up to the polls has been like. Allegations, counter-allegations, and a series of email exchanges that have been made available to the media on a regular basis.

It goes without saying that there's no public interest in these elections at all. Like a friend of mine said, "Kalmadi toh gaya na? Ya waapas aa raha hai phir se?" (Suresh Kalmadi has stepped down, right? Or is he making a comeback?) It's amazing how people still love blaming the Commonwealth Games Organising Committee Chairman for everything that's gone wrong in Indian sports. And the reason they're glad he's stepped down from sports administration is not because someone new can take over (even they know the old order will be back at the helm of affairs), but because "kam se kam public ka paisa toh nahi khayega" (at least he won't be around to rob the taxpayer of his hard earned money) Not sure where they get that assurance from.

Nevertheless, since I'm on 'campaign trail' these days, I managed to make my debut at a sports federation election a couple of weeks back. The Archery Association of India was having its elections at one of the central Delhi hotels. There weren't any other journalists around, and I thought this would be a good learning exercise, as I took a seat in the last row. Right in front of me was 'Team Chandigarh', sounding quite worried about the diminishing supply of tea and pakora at the meeting that preceded the elections.

What followed was actually more entertaining. One of the officials showed empty ballot boxes to everyone present, and made an announcement, "Dekh liya aap sab na? Hum free and fair elections karwa rahe hai bhai!" (Has everyone seen? We are conducting free and fair elections). You have to appreciate his sense of humour. VK Malhotra won the elections, thus entering his 40th year as President of the Archery Association of India.

Which brings us to the question, why are our politicians so reluctant to give away their seats in various sports federations? Well for starters, the job (if you want to call it so) comes with great perks like foreign trips. The number of officials in the IOA who've travelled abroad with their families during various Commonwealth Games, Asian Games and Olympics, is massive. The joke amongst a lot of Indian athletes before leaving for the London Games, where we fielded our largest ever contingent, was how they'd beaten the contingent of officials at least this time around! No wonder then that none of these officials have spoken against Suresh Kalmadi all these years. Come election time, though Kalmadi himself isn't around, they are backing his men, Abhay Chautala and Lalit Bhanot, who are standing for the post of President and Secretary General respectively.

Being a part of a sports federation also means it gives a politician the chance to be on the first AND last page of a newspaper. And that is crucial for them. It means double the chances of reminding people that you're around. Priya Ranjan Dasmunshi may've not been in the political news every day. But you did get to see his photos and read his quotes on the sports pages, during the close to two decades when he headed the All India Football Federation.

The influence and power of a politician in sports is important no doubt. More so in a country like India which isn't exactly sports-centric. Unfortunately India doesn't have a Sebastian Coe like Britain does, who fits into the role of the sports administrator so seamlessly. There are others though, greats from the past, who are more than happy to contribute. But the hurdles to cross are way too many. A completely professional structure is the need of the hour, with perhaps paid administrators, who are accountable, and are hired on the basis of their merit.

Comments
Topics mentioned in this article
Olympics 2012 Hockey Randhir Singh Other Sports
Get the latest updates on IPL 2021, IPL Points Table , IPL Schedule 2021 , live score . Like us on Facebook or follow us on Twitter for more sports updates. You can also download the NDTV Cricket app for Android or iOS.