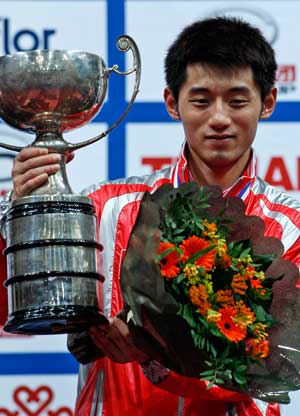 The 24-year-old Zhang, in his first Olympics Games, stormed into a 3-0 lead before Wang, the singles silver medallist in Beijing four years ago, hit back.

Comments
Topics mentioned in this article
Table Tennis Olympics 2012
Get the latest updates on ICC T20 Worldcup 2022 and CWG 2022 check out the Schedule, Live Score and Medals Tally. Like us on Facebook or follow us on Twitter for more sports updates. You can also download the NDTV Cricket app for Android or iOS.