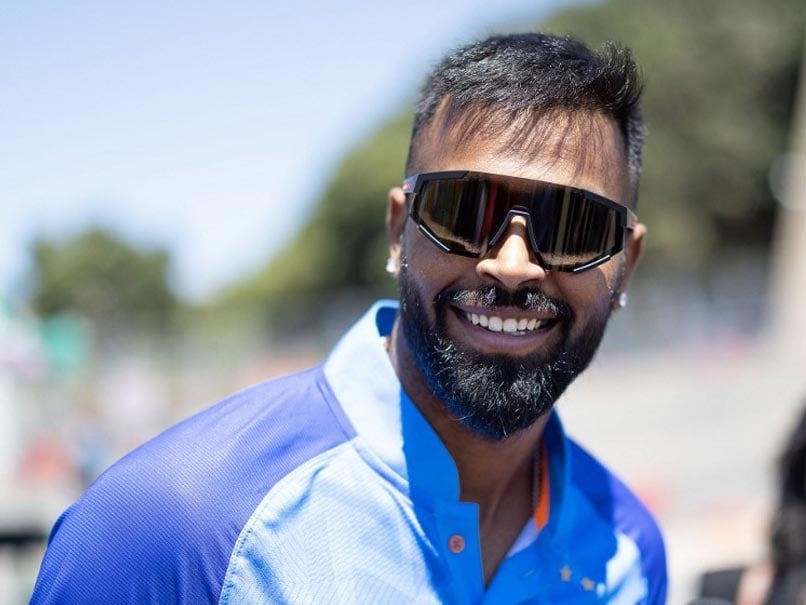 Hardik Pandya said that the Indian team doesn't need to prove anything to anyone.© AFP

Former England Michael Vaughan, in his column for the Telegraph, had made strong comments on India, following their disappointing defeat in the semi-final of the T20 World Cup last week. Vaughan had written that India have achieved absolutely nothing since winning the ODI World Cup at home in 2011. He also labelled the Indian team as the most under-performing white-ball team in the history. Reacting to Vaughan's comments, India all-rounder Hardik Pandya came up with an apt response.

While suggesting that there is plenty of room for improvement, Hardik, who will lead the team during the upcoming white-ball tour of New Zealand, said that they don't need to prove anything to anyone.

"Obviously when you don't do well, people will have their opinion, which we respect. I understand people have different points of view. Being at the international level, I don't think we need to prove anything to anyone. It's a sport, you keep trying to get better and eventually when the result is supposed to happen it will happen. There are things we need to work on, going forward we will rectify and work on it," Hardik told the media in Wellington.

India will play three T20Is, followed by as many ODIs, starting with the first game at the Sky Stadium in Wellington on Friday, November 18.

Both India and New Zealand had to face defeat in the semi-finals of the T20 World Cup.

While New Zealand were beaten by Pakistan, India's journey was ended by the eventual champions, England.

Which Was The Most Precious Wish To Sania Mirza?
Comments
Topics mentioned in this article

Hardik Pandya Michael Vaughan New Zealand vs India, 2022/23 Cricket
Get the latest updates on IPL Auction 2023 and check out  IPL 2023 and Live Cricket Score. Like us on Facebook or follow us on Twitter for more sports updates. You can also download the NDTV Cricket app for Android or iOS.