Virender Sehwag said the communication needs to be clear within the team management when a player is dropped after being touted as the next big thing. 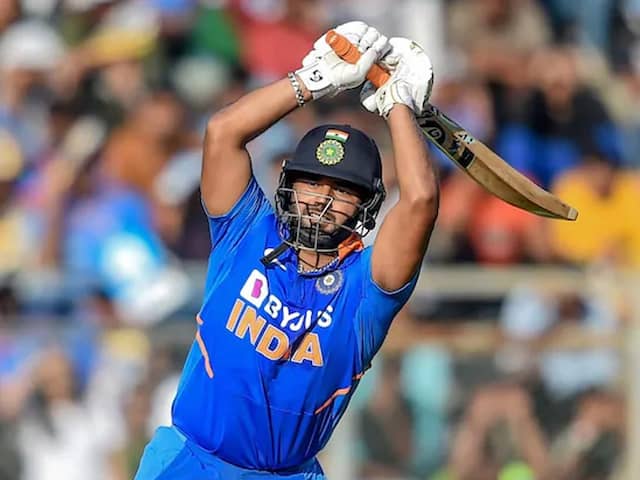 Rishabh Pant suffered concussion during 1st ODI vs Australia and has not played since.© AFP

Former India opener Virender Sehwag on Friday criticised the team management's move to leave Rishabh Pant out of the scheme of things, saying the communication needs to be clear within the team management when a player is dropped after being touted as the next big thing. The freewheeling Sehwag, known to call spade a spade, gave the example of former skipper MS Dhoni who had said in 2012 that Sehwag, Sachin Tendulkar and Gautam Gambhir were being rotated at the top of the order because they are slow on the field.

The dashing former batsman revealed the talk in the dressing room was that Rohit Sharma needs to be given an opportunity and that is why the rotation policy is being adopted.

"Rishabh Pant has been left out how will he score runs? If you bench Sachin Tendulkar also, he won't be able to score runs. If you feel he is a match-winner, why don't you play him? Because he is not consistent?" Sehwag questioned during a Cricbuzz talk show.

"During our time, captain used to go and talk with the player (in question). Now I don't know if Virat Kohli does the same or not. I am not part of the team setup. But people say that when Rohit Sharma went to Asia Cup as captain, he used to talk to all the players," he said.

"When MS Dhoni said in Australia that top three are slow fielders, we were never asked or consulted. We got to know from the media. He said at the press conference but not at the team meeting that we are slow fielders.

"Talk at the team meeting was that we need to play Rohit Sharma who is new and that's why there will be rotation policy. If the same is happening now, that's wrong," added Sehwag.

Pant suffered a concussion while playing the first ODI against Australia in Mumbai where he scored 28 runs. He could not play the second match in Indore but was fit for the series decider in Bengaluru where KL Rahul was preferred over him and has not played since.

In the first three T20Is in New Zealand, Pant warmed the bench as Rahul continued to keep and even after winning the series 3-0, Pant was not played in the fourth ODI on Friday in Wellington.

MS Dhoni New Zealand vs India, 2020 Cricket
Get the latest Cricket news, check out the India cricket schedule, Cricket live score . Like us on Facebook or follow us on Twitter for more sports updates. You can also download the NDTV Cricket app for Android or iOS.