"You Do It To Gain Instagram Followers": MS Dhoni Hilariously Trolls Wife Sakshi 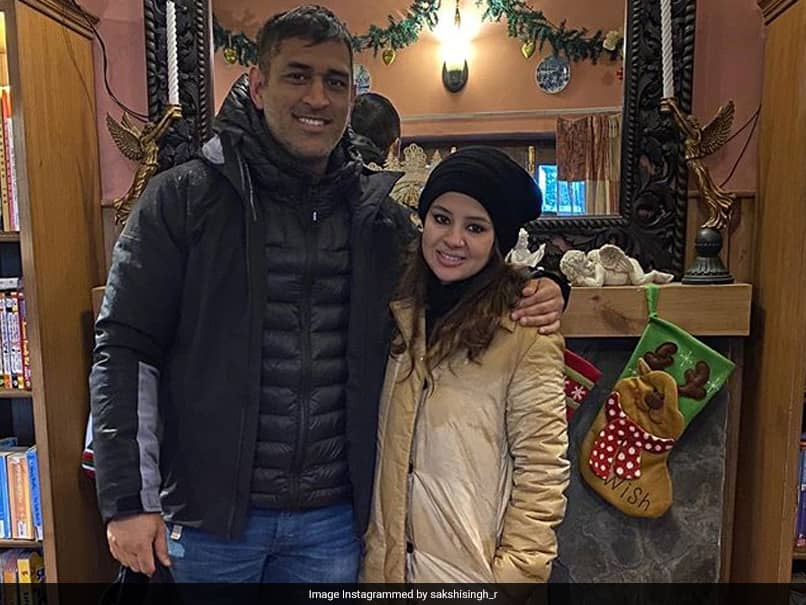 MS Dhoni, despite being away from the field for a long time, continues to rule people's heart with his social media posts. Apart from his own posts, Dhoni features frequently in wife Sakshi Dhoni's social media posts as well. In fact, Dhoni's wife is more active on Instagram than her husband and she keeps the star cricketer's fans abreast of his whereabouts through her Instagram stories. Recently, a Twitter user posted a video where Dhoni can be seen hilariously trolling Sakshi of gaining followers by including him in her Instagram story. "Apne followers badhane ke liye Instagram par (You do it to gain Instagram followers)," Dhoni says, trolling Sakshi. After hearing Dhoni's comments, everyone present in the room starts laughing, with the only exception of Sakshi who replies by saying that she does it so that all his followers love her also. "I am part of you baby," she says in the video.

As the video progresses Sakshi teases Dhoni by calling him "Sweetie". Towards the end, Sakshi tells Dhoni that all her followers "anyway want to see you" and keep on asking her "Where is Dhoni" and "Where is Thala".

Earlier this week, Sakshi had posted a video on Instagram where she was teasing Dhoni by continuously referring to him as "Sweetie of the day" and "Cutie of the day".

When Dhoni ignored her and walked away, Sakshi went near him and said, "Why is my sweetie not looking at me? At least look at me".

The former India skipper last played for India in the World Cup 2019 in England and Wales in July last year.

In his last appearance, Dhoni was one of the standout performers for India but got out at a crucial stage and India exited the tournament after losing to New Zealand in the semi-final.

Since then, Dhoni hasn't played any international games but his fans are eagerly waiting for him to return to the field.

It was evident when a group of fans raised the "We Miss You Dhoni" banner during the fourth T20 International (T20I) against New Zealand in Wellington.