Pro Kabaddi: Dabang Delhi played out a tie against U Mumba while UP Yoddha registered a comfortable victory over defending champions Bengaluru Bulls. 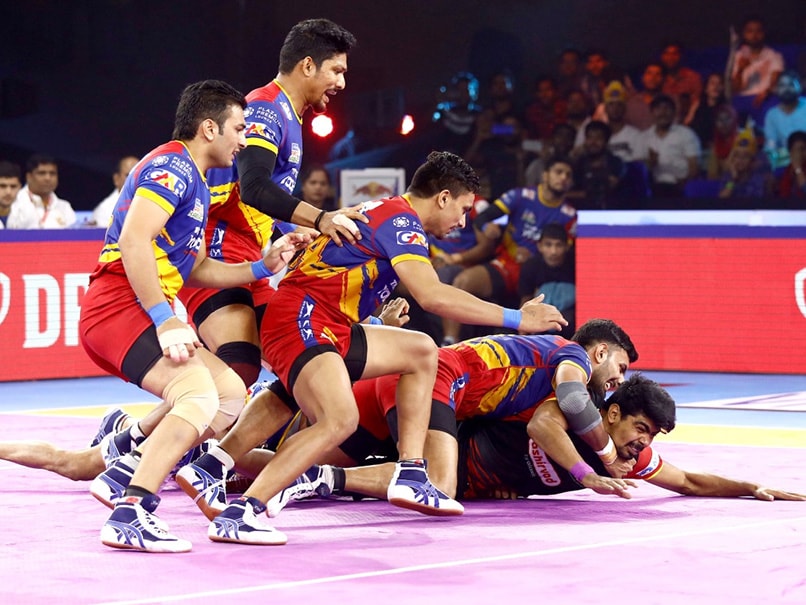 Dabang Delhi, playing their final league match of Pro Kabaddi League (PKL) season 7, played out a tie against U Mumba at Shaheed Vijay Singh Pathik Sports Complex in Greater Noida on Friday. Both teams had their moments in the game but failed to take advantage of crucial chances. After 40 minutes both the teams were inseparable and the match ended in tie at 37-37. In the second match, UP Yoddha registered a comfortable 45-33 victory over defending champions Bengaluru Bulls in front of their home crowd. These results had no bearing on the playoffs scenarios as six teams have already booked their spots in tournament's knockout stage which will be played from October 14 to 19. The knockout matches will be played at EKA Arena by TransStadia in Ahmedabad.

The teams which finished in the top six of PKL points table after playing 22 league matches each made it to the playoffs.

The six teams which have qualified to knockout stage are: Dabang Delhi, Bengal Warriors, Haryana Steelers, UP Yoddha, U Mumba and Bengaluru Bulls.

Pro Kabaddi League season 7 has seen a significant rise in the prize money. This year, the total prize money has been kept at eight crore rupees. The winner of the seventh season will get three crore rupees, while runners-up will take home 1.8 crore rupees.

Teams who will fail to qualify will bag either 90 lakh or 45 lakh each as per their final standings in the tournament.

The tournament will come to an end with the final match on October 19.