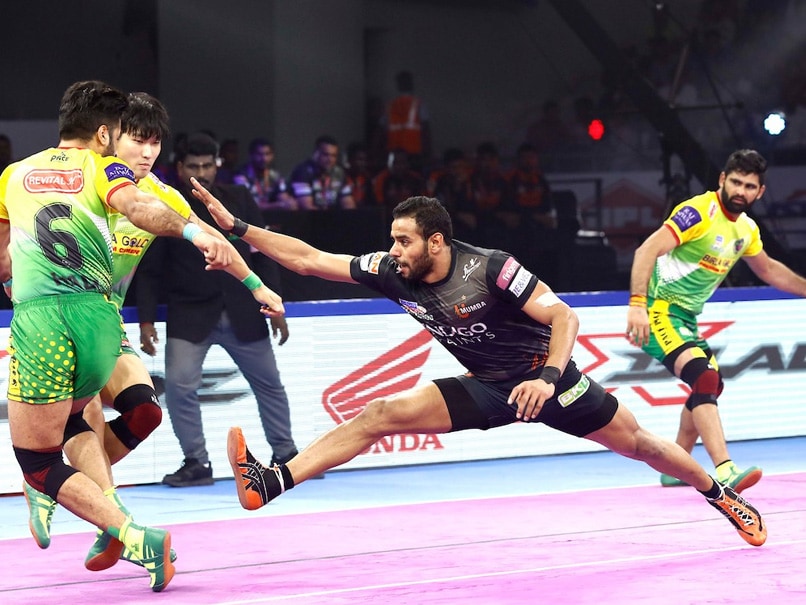 Pro Kabaddi: U Mumba registered their 11th win of the season.© PKL

U Mumba neutralised Patna's Pardeep Narwal with a strong performance in the defence. Mumbai Skipper Fazel Atrachali set the tone early with double thigh hold tackle on Patna's lead raider Pardeep Narwal in the very first minute of the match.

Abhishek Singh, ably supported by Athul MS, provided the firepower for Mumba in the raids as Mumbai cruised to a lead. The season two champions clinched their first All-Out of the match in the 9th minute to open up an 8-point lead.

But Patna clawed their way back in the closing stages of the half thanks largely to improved performances by Pardeep Narwal and Jang Kun Lee.

Pardeep Narwal produced a two-point raid with under three minutes left for the half time to reduce Mumba's lead to five points. The half ended 17-13 with Mumbai on top.

Unlike the first match, Bengaluru Bulls dominated Haryana Steelers right from the onset and never allowed them to get back in the match. Bengaluru's Pawan Kumar Sehrawat scored whooping 39  points (34 raids, 5 bonus) in the match and also completed 600 points in his PKL career. Haryana Steelers couldn't find a way to stop Sehrawat's onslaught and in the end suffered a humiliating 23-point defeat in front of their home crowd. For Haryana, Prashanth Kumar Rai top-scored with 17 points.