Pro Kabaddi: Bengal Warriors defeated Tamil Thalaivas 33-29 to register their 14th win of the season, while Telugu Titans outclassed UP Yoddha 41-36 to end a disappointing season on a high. 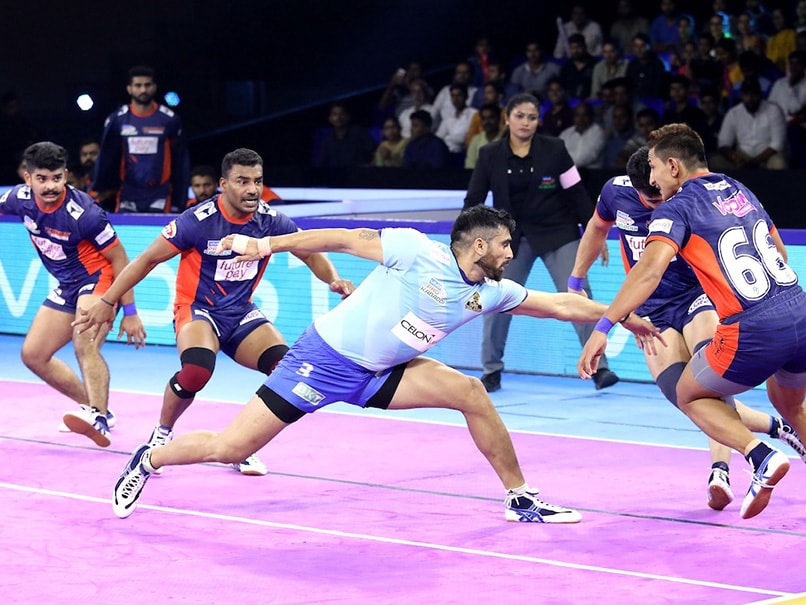 Bengal Warriors defeated Tamil Thalaivas 33-29 in a Pro Kabaddi League (PKL) season 7 match at the Shaheed Vijay Singh Pathik Sports Complex in Greater Noida on Wednesday. This was Bengal's 14th win of the season and with this win they climbed to the top of the PKL points table. In the other match, Telugu Titans outclassed UP Yoddha 41-36 to end a disappointing season on a high by registering their sixth win of the season. These results, however, did not have any bearing on the playoffs as six teams have already secured their spots.

Rahul Chaudhari scored seven points for the Thalaivas as they finished their woeful campaign with another loss. The star-studded Chennai-based team managed only four wins the entire season.

Tamil Thalaivas, who defeated season one winners Jaipur Pink Panthers in their last match, started confidently and opened a lead in the early minutes thanks to Ajith Kumar and Rahul Chaudhari's raids.

Bengal's defender Mohammad Nabibakhsh brought his side back in the game as he picked managed crucial tackles.

Soon Bengal were in the lead but Thalaivas regrouped well to stay in the match. The first half ended with the scores 13-13.

Bengal Warriors stepped up their game in the second half thanks largely to raiders Nabibakhsh and Sukesh Hegde.

Ran Singh pulled off a Super Tackle in the fifth minute of the half bt that did not stop Bengal from inflicting an All-Out in the 8th minute of the second half and take their lead to six points.

Thalaivas' Ajith Kumar was in no mood to be contained though and his raids made it a two-point game soon after the All-Out.

Sourabh Tanaji Patil also chipped in with valuable raid points for the Warriors as they once again opened up a six-point lead with two minutes left in the match. The Bengal defence held firm in the final minutes to clinch a victory.