For Patna, skipper Pardeep Narwal picked 12 points but it wasn't enough to stop his side from tasting a defeat. 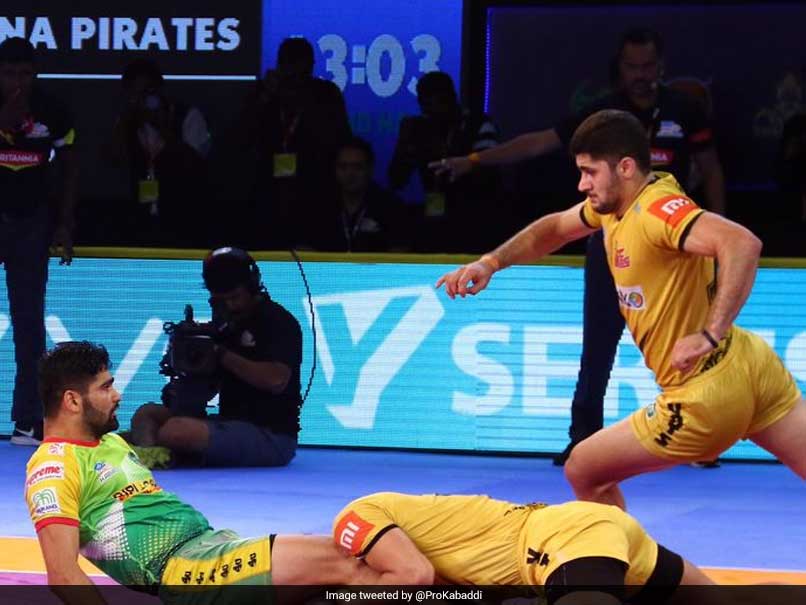 Telugu Titans ended their home leg on a good note, registering a 41-36 win over Patna Pirates in a zone B clash of the Pro Kabaddi League (PKL) at the Rajiv Gandhi indoor stadium in Vizag on Thursday. Titan's star raider Rahul Chaudhary once again emerged with 12 points while Nilesh Salunke also collected nine points. For Patna, skipper Pardeep Narwal picked 12 points but it wasn't enough to stop his side from tasting a defeat.

Titans started on an outstanding note as Rahul came with a raid point in his very first attempt before his side tackled Pardeep to make the issue 2-0. Nilesh gave a healthy lead to the home side with his stunning four-point raid as the Titans led 6-0 in the initial moments of the game.

Vijay Kumar opened Patna's scoreboard with a successful raid but the Titans' raider collected back to back points to help their side take a 14-5 lead by the sixth minute.

The later few minutes saw the hosts struggling to collect points, while the visitors managed to fetch five points in a quick time to make the contest 16-11.

However, it seemed no one could stop the Titans in their last home game as their consecutive defence and raid points saw them taking a 20-11 lead by the 15th minute.

Titans them inflicted an all-out to make the contest 23-12 in their favour and went on to the half-time with a 26-15 lead.

In the second-half, Titans slowly extended their lead to 29-17 by the 24th minute before Pardeep's two-pointer raid cut the deficit to 29-19 for Patna.

The Patna skipper continued to make successful attempts before making a stunning raid in the 28th minute to help his side inflict an all-out as the score read 32-24.

Patna continued to crawl ahead an picked three points in quick succession, while the hosts somehow managed to get a single point as the score read 33-27 with eight minutes left.

The pendulum once again swung the other way as the Titans' raiders and defenders came with some brilliant attempts to stretch their side's lead to 38-29 in the 36th minute.

Patna showed some fight in the dying moments to move at 36 points, however it wasn't enough to stop Telugu Titans from clinching a much needed 41-36 win.