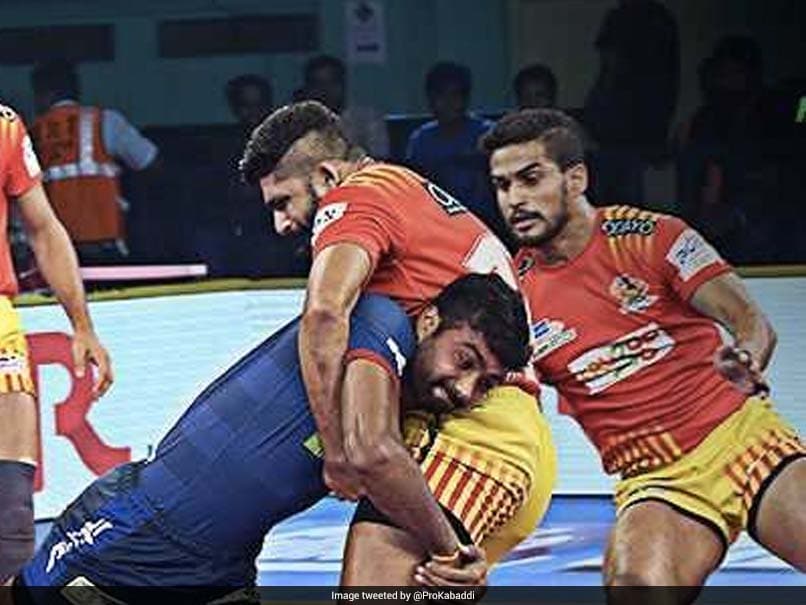 Gujarat Fortunegiants defeated Haryana Steelers 47-37 in a mouth-watering contest of the Pro Kabaddi League (PKL) at the Rajiv Gandhi Indoor Stadium in Vizag on Wednesday. In the other game, Bengaluru Bulls crushed Telugu Titans 37-24, with Pawan Kumar performing exceedingly well for the Bulls.

K. Prapanjan and Sachin collected 10 points each for Gujarat while Haryana's Monu Goyat also picked 11 points along with Vikash Knandola's six points, which couldn't stop their side from another defeat.

Sachin and Dong Jeeon's successful raid helped Gujarat take a 2-0 lead in the initial moments before Naveen's raid made the issue 1-2. However, Sachin and Prapanjan's back to back successful attempts saw Gujarat leading by 11-4 by the 15th minute.

Gujarat raiders continued with their successful attempts as they took a healthy 28-16 lead by the half-time.

In the second half, both the sides traded equal raid and defending points in the initial few minutes as the scoreline read 32-20 in Gujarat's favour. However, Gujarat's dominance continued in the later part as they led 38-22 in the 30th minute and finally went on to clinch the contest 47-37 when final whistle was blown.

Comments
Topics mentioned in this article
Kabaddi
Get the latest updates on IND vs NZ 2021, check out the Schedule and Live Score . Like us on Facebook or follow us on Twitter for more sports updates. You can also download the NDTV Cricket app for Android or iOS.