IPL 2022: The star leg-spinner took five wickets, including a hat-trick, to leave KKR reeling as they fell seven runs short of the Royals 217-run total. 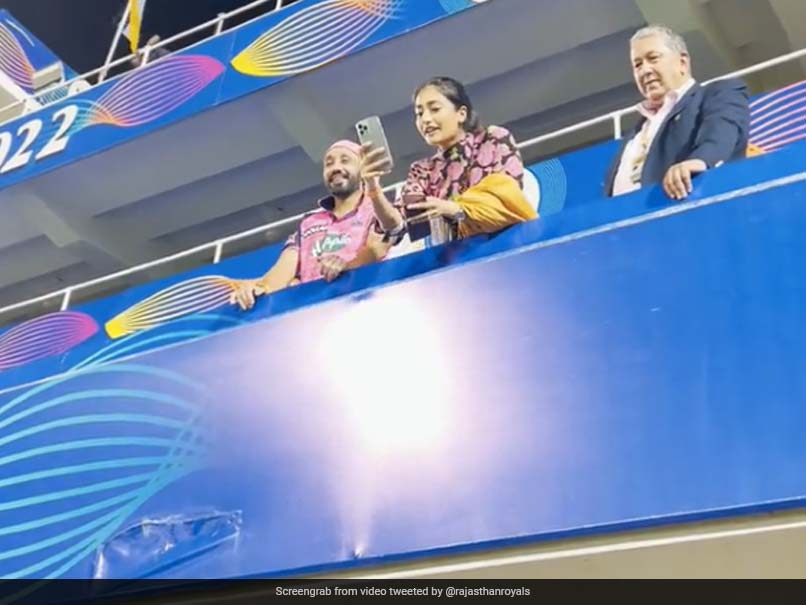 Yuzvendra Chahal was in sublime form during Rajasthan Royals' thrilling win against Kolkata Knight Riders on Monday at the Brabourne Stadium in Mumbai. The star leg-spinner took five wickets, including a hat-trick, to leave KKR reeling as they fell seven runs short of the Royals' 217-run total. His wife, Dhanashree Verma, was in the stands to enjoy his career-best IPL performance. The two, who are known to be active on social media, later had a fun conversation after the match was done and dusted.

"How do you feel I'm out of the bubble?" Dhanashree asked Chahal in a video shared by Rajasthan Royals.

"It's a great feeling," the spinner responded

“Itna khush ki hat-trick le lia? (You're so happy that you took a hat-trick?)" she followed up.

"Yeah. First hat-trick!" he responded with a grin.

Chahal got the wicket of Nitish Rana in the 13th over and then sent Venkatesh Iyer, Shreyas Iyer, Shivam Mavi and Pat Cummins packing in the 17th over to derail KKR's chase.

He finished with figures of 5/40, his best ever in the IPL.

He now leads the wicket-taking charts in IPL 2022, with 17 scalps in six matches. His closest competitor is T Natarajan, with 12 wickets.

In the match, the Royals were put in to bat and posted 217/5 thanks to Jos Buttler's second century of the season.

Yuzvendra Chahal IPL 2022 Cricket Social
Get the latest updates on ICC T20 Worldcup 2022, check out the Schedule and Live Score. Like us on Facebook or follow us on Twitter for more sports updates. You can also download the NDTV Cricket app for Android or iOS.