Watch: Faf Du Plessis Thanks Chennai Super Kings After His Journey With Team Ends In IPL

IPL 2022 Auction: Faf du Plessis shared a wholesome message for CSK fans after getting picked by RCB for Rs 7 crore on Saturday. 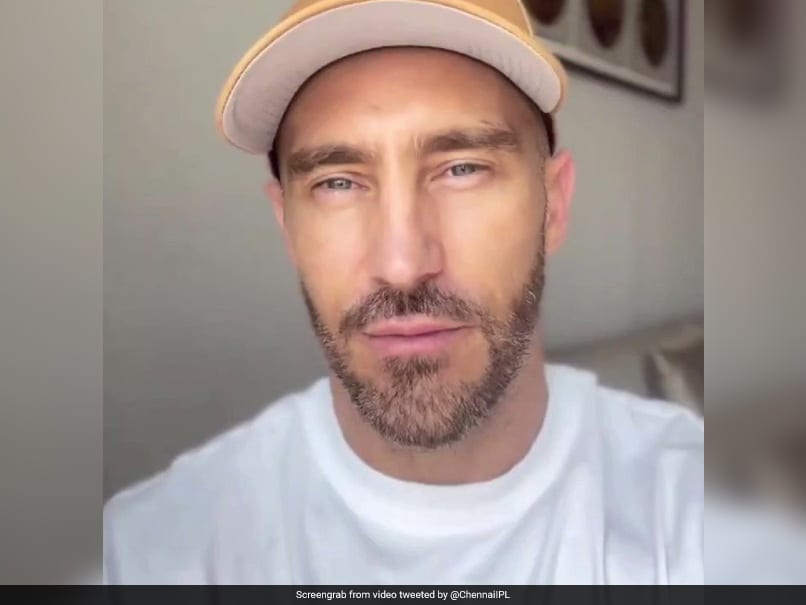 Veteran South Africa batter Faf du Plessis thanked everyone associated with the Indian Premier League (IPL) franchise Chennai Super Kings (CSK) after his journey with the team came to an end. Faf du Plessis was bought by the Royal Challengers Bangalore (RCB) for Rs 7 crore on Day 1 of the ongoing IPL auction. Du Plessis, who had joined CSK in 2011, played every season with the team since then, barring two seasons when CSK were banned from IPL in 2016 and 2017.

"I just want to say thank you to Chennai; the fans, the staff, the management and the players for what has been a decade with one team. You created a lot of special memories. I think it's really important for me to say thank you. I've enjoyed my time a lot. I'll miss everyone there," Du Plessis said in a video uploaded by CSK on their official Twitter handle.

Du Plessis will now join hands with the likes of Virat Kohli and Glenn Maxwell at RCB for the upcoming season of the IPL.

After being acquired by RCB, Du Plessis said that he is excited for the new journey.
"But as one door closes, a new one opens and that comes up with great opportunities. I'm excited to see what the future holds. From me and my family thank you very much," he added.

Faf du Plessis IPL 2022 Cricket IPL Auction 2022
Get the latest updates on Fifa Worldcup 2022 and check out  Fifa World Cup Schedule, Stats and Live Cricket Score. Like us on Facebook or follow us on Twitter for more sports updates. You can also download the NDTV Cricket app for Android or iOS.