IPL 2021 Points Table: Chennai Super Kings (CSK) registered their second win of the season and moved to second spot on the points table. 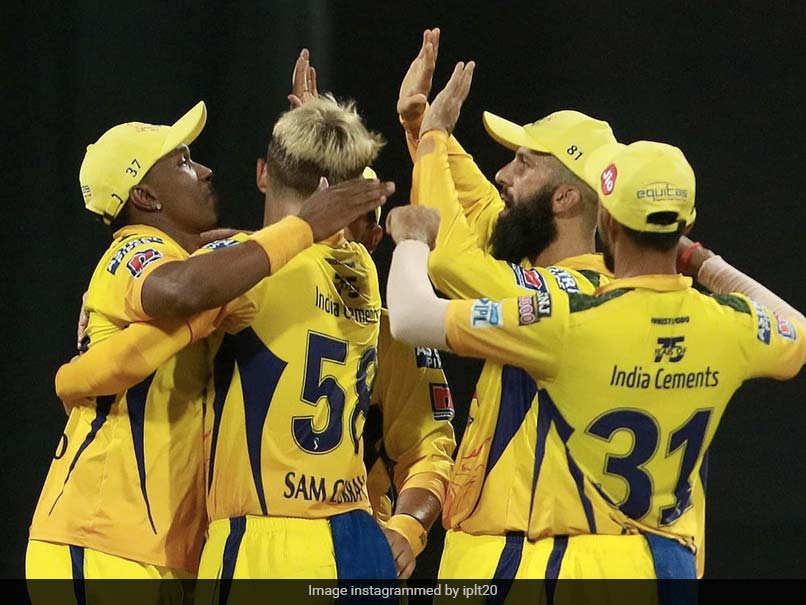 Chennai Super Kings (CSK) registered their second win of the season as they defeated Rajasthan Royals by 45 runs at the Wankhede Stadium in Mumbai on Monday. The match was in the balance till half-way mark of Rajasthan's innings but things changed when Moeen Ali and Ravindra Jadeja started to turn the ball and titled the tie in their CSK's favour. The duo spun a web of magic around Rajasthan batsmen and shared five wickets among them. While Jadeja picked up two for 28 from his four overs, Moeen Ali was even impressive as he returned with figures of 3/7 in just three overs. Earlier, he had also scored 26 runs and was adjudged the Player of the match for his all-round brilliance.

With their convincing win over RR, Chennai Super Kings eclipsed last year's finalists Delhi Capitals to go second on the IPL 2021 Points Table. Both sides had same number of points but CSK took the second place due to their superior Net Run Rate. RCB are on top of the ladder having won their all three games in the tournament so far. Defending champions Mumbai Indians also have four points under their belt but have to contend with the fourth position. Kolkata Knight Riders, Rajasthan Royals and Punjab Kings, having a game each, are occupying the next three spots respectively,  while SunRisers Hyderabad only side yet to get off the mark are languishing at the bottom.

Moeen Ali during his brief stay at the crease managed to score 26 runs, taking his tally to 108 runs from three matches -- enough for him to enter the top 10 and finish on the eight spot on the list led by Delhi Capitals opener Shikhara Dhawan, with 186 runs. RCB's Glenn Maxwellis second on the list with 176 runs, while PBKS skipper KL Rahul, who celebrated his 29th birthday on Sunday, is currently third in the race. KKR opener Nitish Rana (155) and RCB superstar AB de Villiers (125) complete the top five.

RCB medium pacer Harshal Patel continues to lead the Purple Cap racewith nine wickets from three matches and is followed closely by Mumbai Indians leg-spinner Rahul Chahar, with seven wickets. Delhi Capitals pacer Avesh Khan, who will be in action on Tuesday, is on third position with six wickets. New Zealand pace spearhead Trent Boult, also has six wickets and is fourth on the list. Chetan Sakariya, who is having a breakout season with RR, moved up the ladder after picking three wickets against CSK on Monday.

Trent Boult Cricket Chennai Super Kings vs Rajasthan Royals, Match 12 IPL Points Table 2021
Get the latest updates on IPL 2021, check out the IPL 2021 Schedule and Indian Premier League Live Score . Like us on Facebook or follow us on Twitter for more sports updates. You can also download the NDTV Cricket app for Android or iOS.