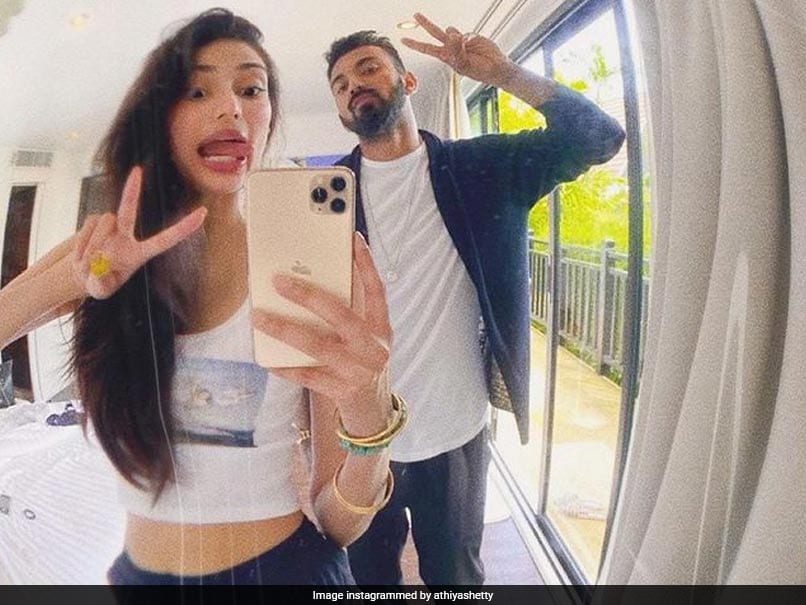 Actor Athiya Shetty wished India cricketer KL Rahul on his birthday. Rahul turned 29 on Sunday, April 18. Rahul, who is currently with Punjab Kings as their captain in Indian Premier League (IPL) 2021, will be seen in action on Sunday when Punjab Kings take on Delhi Capitals in Mumbai. Many from the cricket community wished Rahul on the day including India and Royal Challengers Bangalore captain Virat Kohli, Shreyas Iyer, and Yuvraj Singh among others. Punjab Kings and BCCI also posted their wishes on social media. RCB, Rahul's former IPL team, took to Twitter to post their wishes.

Rahul made his India debut in 2014 in the Boxing-Day Test against Australia in Melbourne. He hit his first Test hundred in only his second match - the New Year's Test of 2015 in Sydney.

Rahul pivoted from being a Test specialist in his early days to an all-formats batsman, and he has now established himself in India's limited-overs teams while also being a part of the Test team.

He has also donned the gloves for India, Punjab Kings and Royal Challengers Bangalore and until recently he was India's first-choice wicket-keeper in limited-overs cricket.

Rahul's Punjab Kings have won one and lost one of their two matches thus far in the IPL and Rahul has already scored a half-century – a splendid 91 against Rajasthan Royals in Mumbai in Punjab Kings' IPL season opener.

KL Rahul Cricket
Get the latest updates on ICC T20 Worldcup 2022, check out the Schedule and Live Score. Like us on Facebook or follow us on Twitter for more sports updates. You can also download the NDTV Cricket app for Android or iOS.