George Garton was the leading wicket-taker in the Abu Dhabi T10 League and bagged the Bowler of the Tournament award. 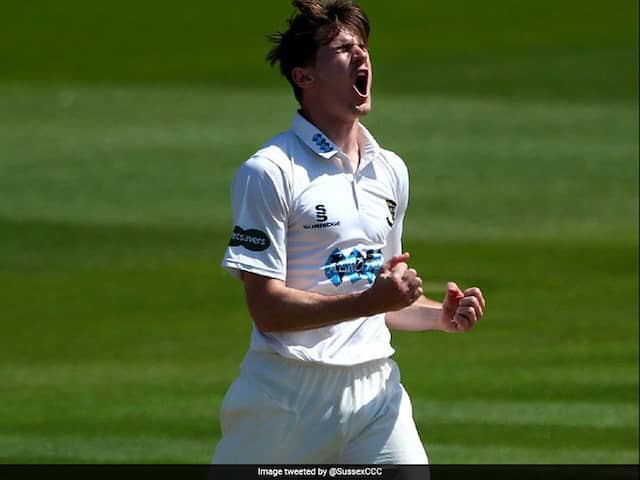 Rajasthan Royals have called fast bowler George Garton from England for a four-day trial ahead of the Indian Premier League (IPL) 2020 auction on December 19. Left-arm fast bowler George Garton, who plays for Sussex County Cricket Club, has 28 first-class wickets from 13 matches. He was also the leading wicket-taker in the Abu Dhabi T10 League with 13 dismissals for the Qalandars which helped him earn the Bowler of the Tournament award. The 22-year-old said it's an amazing opportunity and he wants to make the most of it. "It's obviously an amazing opportunity and I'm very grateful to be given the chance to go over there and show them what I can do," Garton was quoted as saying by sussexcricket.co.uk.

"The IPL is the biggest franchise T20 competition in the world so to have interest from a team like Rajasthan is a big confidence boost and I'm very excited to get out there," he added.

Garton, who has represented England U-19s, was impressive for Sussex in 2019 after overcoming an injury.

Garton is slated to begin his trial from December 3. The Jaipur franchise had finished on the seventh spot in the previous edition of the lucrative tournament.

Rajasthan Royals had released 11 players for IPL 2020, including fast bowler Jaydev Unadkat, whom they had bought back for Rs 8.4 crore last year after paying Rs 11.5 crore for him in the previous season.

Rajasthan Royals IPL 2020 Cricket
Get the latest Cricket news, check out the India cricket schedule, Cricket live score . Like us on Facebook or follow us on Twitter for more sports updates. You can also download the NDTV Cricket app for Android or iOS.
Advertisement