IPL 2020, MI vs CSK: CSK skipper MS Dhoni said he worked on his fitness during the coronavirus-induced lockdown in India. 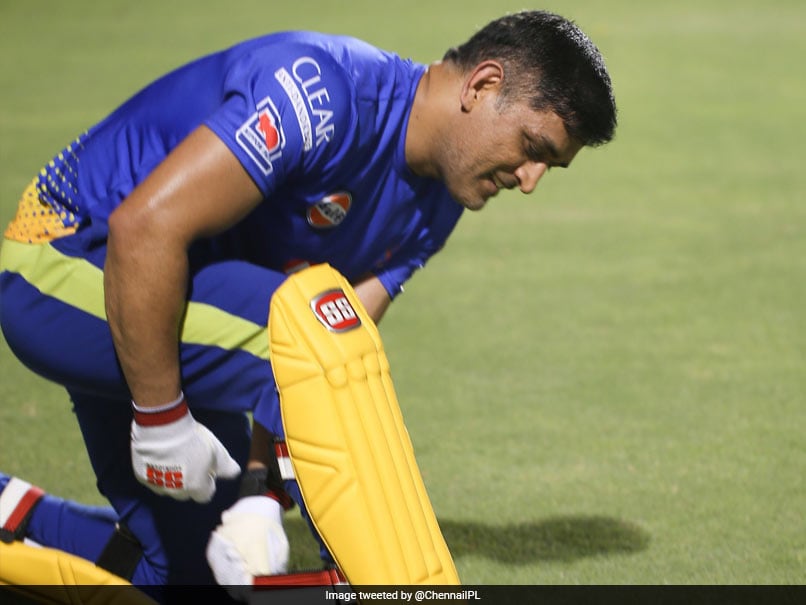 Staying in self-isolation for the first six days after spending five months with family was the hardest phase, according to MS Dhoni, who spoke for the first time in months ahead of the IPL opener against Mumbai Indians. In the run-up to the 13th IPL, CSK was rocked by 13 COVID-19 cases, including two players, and pullouts by the senior duo of Suresh Raina and Harbhajan Singh due to personal reasons. As per the protocols, teams had to quarantine for six days in Dubai and 14-days in Abu Dhabi.

However, CSK had to stretch their self-isolation period to September 1 due to positive cases in the camp including players Deepak Chahar and Ruturaj Gaikwad.

"First six days in quarantine is very difficult. You are with your family and suddenly you have to stay in a separate room... felt each individual used that time well and nobody was disappointed or frustrated," the former India skipper said after winning the toss.

"After the first 14 days, it was nice to get out. The practice facilities were very good."

Back in action after a long gap, Dhoni, who retired from international cricket recently, said he worked on his fitness during the coronavirus-induced lockdown in India. His bulging biceps were there for everyone to see.

"Have the liberty during lockdown to spend time on yourself to keep fit. Have to applaud every member of the squad for utilising the time well."

Chennai had lost the finals to Mumbai Indians in the last edition.

Asked if revenge is on his mind, Dhoni said: "Being a gentleman's game you don't think about revenge (against MI). You think about the mistakes you made."

Four-time champions Mumbai Indians skipper Rohit Sharma said adapting to the conditions in UAE will be the key.

"Pitches for the practice matches will be similar to what we'll get here. so ready to go."

The last time the IPL was held in the UAE, Mumbai Indians had returned home empty-handed.

Asked if it plays on the mind in any way, Rohit said: "We just have two members from that squad, so it is a new set up now. The way we've been playing cricket for the last couple of years, it has been good. All in all, we've had good preparation. Now all about execution."

The 13th IPL was shifted to the UAE due to rising COVID-19 cases in India. The 53-day tournament, which will be held in Dubai, Abu Dhabi and Sharjah, will conclude on November 10.