IPL 2020: It was a little surprising to see Kieron Pollard come in for the post-match meeting instead of Rohit Sharma after Mumbai Indians' loss to Kings XI Punjab. 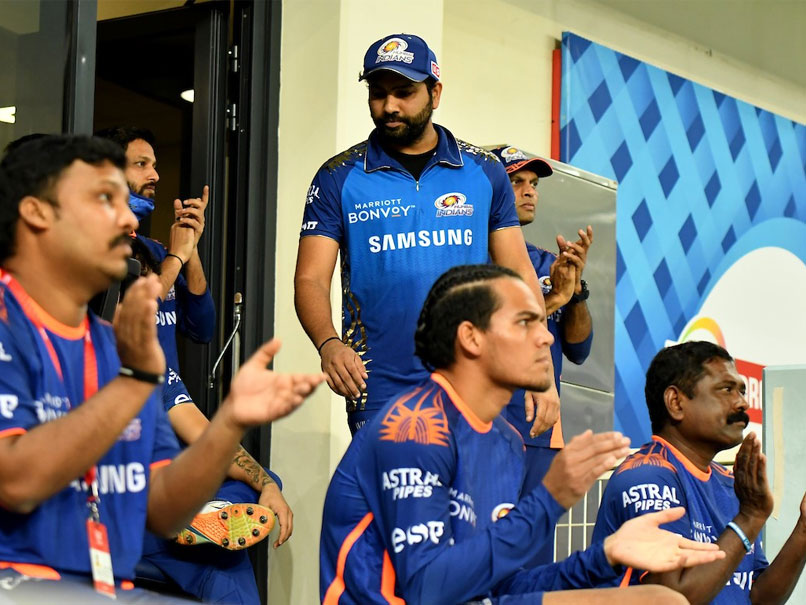 Mumbai Indians suffered their second Super Over loss this season, going down to Kings XI Punjab on Sunday after a historic IPL game at the Dubai International Cricket Stadium. While the game was full of twists and turns, Kieron Pollard, addressing the post-match presentation, also surprised the Mumbai Indians fans. When asked about Rohit Sharma's absence, the West Indian revealed that the Mumbai Indians skipper was "not feeling well" so he was asked to speak on his behalf. "I was told that he's (Rohit) not feeling well and come and do the duties for you guys and have a conversation and we'll see what happens. I am not sure what's the outcome of it," Pollard said after the match.

While Pollard was saying this, Mark Nicholas, the commentator, joked that "we wouldn't blame if he simply couldn't face it after all". To which Pollard replied: "No it's not about not facing. He is a fighter".

Pollard, who was at his explosive best during the regulation play, scoring a 12-ball unbeaten 34, wasn't sent out to bat in the first Super Over, with Rohit and Quinton de Kock taking precedence over the West Indian.

Chasing a modest total of just six runs, the two openers failed to hit a single boundary after Mohammed Shami nailed his yorkers and took the game to another Super Over after restricting them to 5/1.

Speaking about this at the post-match press conference, the big-hitting West Indian all-rounder said that it was the team management's call and they are the ones who decide who will come out to bat when.

"Obviously there are decision-makers to make the decision, you know we can look at those things and say that's where we lost the game but we played a very good game of cricket," said Pollard.

When Pollard did finally come out to bat in the second Super Over, he smashed a four and almost cleared the fence to give his team a more reasonable total of 12 runs to defend.

However, Pollard's countryman Chris Gayle smashed a six of the very first ball, while Mayank Agarwal struck back-to-back boundaries to get Kings XI Punjab over the line, with two balls to spare.

With this loss, Mumbai Indians lost the opportunity to topple Delhi Capitals from the top of the points table. They will next face Chennai Super Kings on Friday.

Rohit Sharma Dubai International Cricket Stadium, Dubai IPL 2020 Cricket Mumbai Indians vs Kings XI Punjab, Match 36
Get the latest updates on SA vs IND 2021-22, check out the Schedule and Live Score . Like us on Facebook or follow us on Twitter for more sports updates. You can also download the NDTV Cricket app for Android or iOS.