IPL 2020, RR vs KKR: Rajasthan Royals will be aiming to cement their place in top spot of the league table, when they face Kolkata Knight Riders at the Dubai International Stadium. 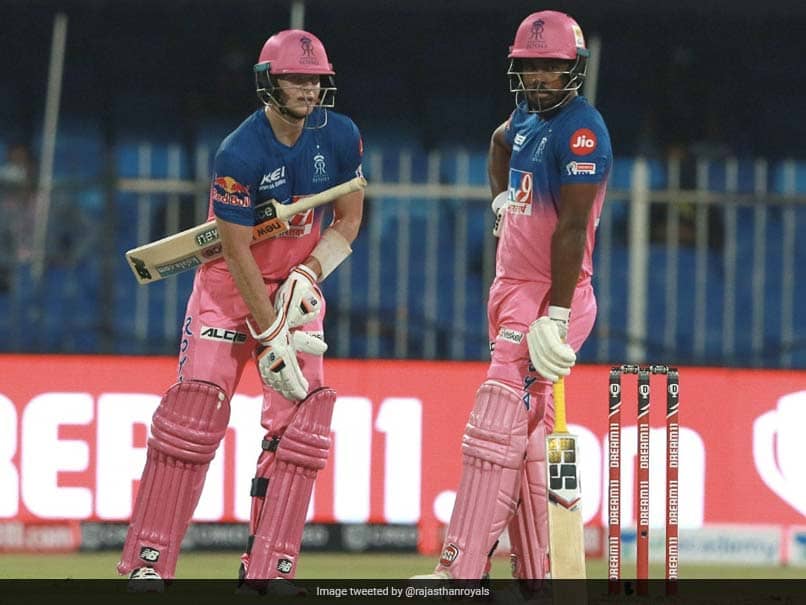 IPL 2020, RR vs KKR: Steve Smith, Sanju Samson will aim to pile up runs for the Royals© Twitter

Rajasthan Royals (RR) face Kolkata Knight Riders (KKR) in the 12th match of the ongoing Indian Premier League (IPL) 2020 season, at the Dubai International Stadium. Royals are currently on top of the league standings, having won two out of two fixtures. Meanwhile, KKR are seventh in the table, having won a match and lost one. The Steve Smith-based side began their campaign with a 16-run victory against Chennai Super Kings (CSK). This was followed by a four-wicket win against Kings XI Punjab (KXIP). KKR began their season with a 49-run defeat against Mumbai Indians (MI). They won their second outing, defeating SunRisers Hyderabad (SRH) by seven wickets.

RR will be relying a lot on Sanju Samson, who has already scored 159 runs in two matches, with a knock of 85 as his highest. He also has a 214.86 strike rate. His boundary count in two fixtures is also impressive, packed with five fours and sixteen sixes.

Meanwhile, KKR who have looked erratic this season, will be hoping Andre Russell comes back in top form this season. The all-rounder has been patchy and had injury issues in the recently concluded Caribbean Premier League too.

In terms of head to head stats between both the teams, they have played against each other 20 times in the IPL and are tied at 10 wins apiece.

Although nothing separates both teams in head to head, KKR have a better record in the last five games. They won four matches, and lost one. RR won the match in their last meeting.

This will also be Rajasthan's 150th IPL fixture, with Samson needing 132 to complete 2500 IPL runs. Meanwhile, KKR skipper Dinesh Karthik only needs 40 runs to reach 1000 IPL runs as a captain.

Dinesh Karthik IPL 2020 Rajasthan Royals vs Kolkata Knight Riders, Match 12 Cricket
Get the latest updates on IPL 2021, IPL Points Table , IPL Schedule 2021 , live score . Like us on Facebook or follow us on Twitter for more sports updates. You can also download the NDTV Cricket app for Android or iOS.