IPL 2020, KXIP vs RCB: Kings XI Punjab and Royal Challengers Bangalore have played each other 24 times so far and are evenly poised at 12 games apiece. 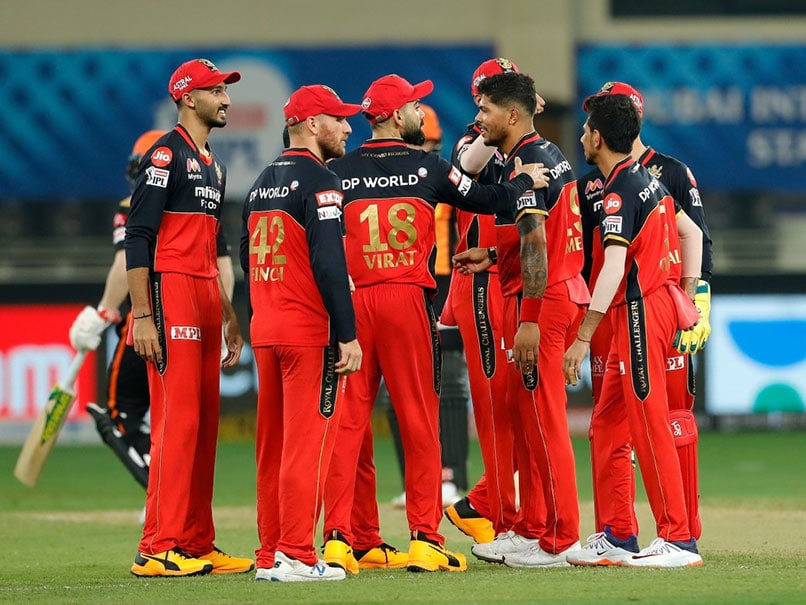 IPL 2020, KXIP vs RCB: Royal Challengers Bangalore will be keen to maintain their winning run.© BCCI/IPL

Kings XI Punjab (KXIP) will face off against Royal Challengers Bangalore (RCB) in the sixth match of the Indian Premier League (IPL) 2020 on Thursday. While RCB kicked off their league campaign on a victorious note, KXIP lost a close and contentious game against Delhi Capitals (DC) in the Super Over. The two sides have played 24 games against each other so far, and are tied at 12 wins apiece. The team emerging victorious on Thursday, will take a slender lead over the other with regard to head to head stats.

RCB recorded victory by a margin of 17 runs in their previous clash against KXIP at the M. Chinnaswamy Stadium in Bengaluru. They posted 202/4 after being sent in to bat, following a 44-ball 82 by AB de Villiers and 34-ball 46 by Marcus Stoinis.

KXIP failed to get across the line, despite some good batting by KL Rahul, Nicholas Pooran and a quick start courtesy Chris Gayle.

Mayank Agarwal delivered a quality performance against DC in KXIP's IPL 2020 opener, nearly getting them to a win before being dismissed following a reckless shot.

AB de Villiers was the star attraction during RCB's win against SunRisers Hyderabad (SRH). Skipper Virat Kohli however, failed to make his presence felt after being dismissed early.

Spinner Yuzvendra Chahal was the pick of the bowlers during RCB's opening clash accounting for three wickets. KXIP pacer Mohammed Shami was similarly impressive, picking the same number of wickets as Chahal while containing the flow of runs against DC.

AB de Villiers Kings XI Punjab vs Royal Challengers Bangalore, Match 6 Cricket
Get the latest updates on Fifa Worldcup 2022 and check out  Fifa World Cup Schedule, Stats and Live Cricket Score. Like us on Facebook or follow us on Twitter for more sports updates. You can also download the NDTV Cricket app for Android or iOS.