IPL 2020, Royal Challengers Bangalore vs SunRisers Hyderabad: Yuzvendra Chahal was at his magical best, as his three wickets helped RCB notch a win against SRH. 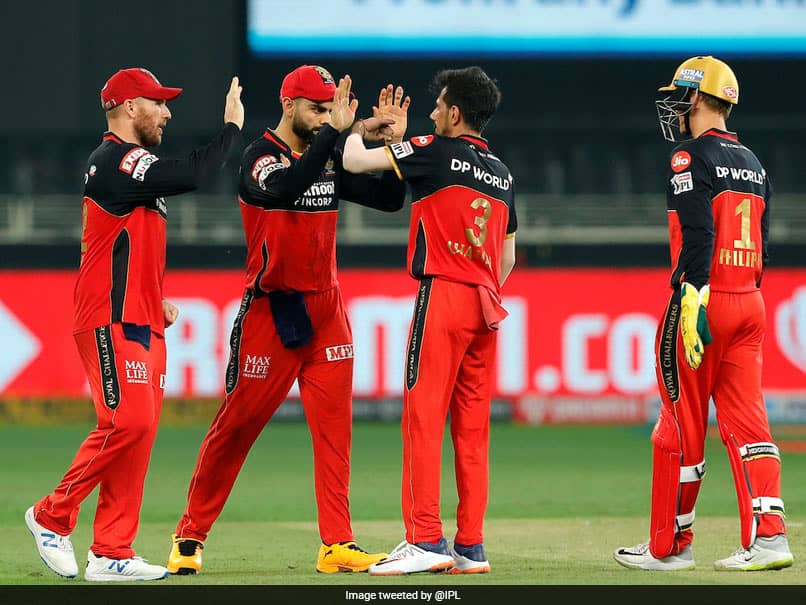 RCB vs SRH: Yuzvendra Chahal was the star for his side's victory in their opening IPL 2020 match© Twitter

Royal Challengers Bangalore (RCB) registered a crucial 10-run victory over SunRisers Hyderabad (SRH) in their opening Indian Premier League (IPL) 2020 fixture at the Dubai International Stadium, on Monday. Yuzvendra Chahal was the star for RCB during SRH's chase, grabbing three wickets in four overs. His performance was so pivotal that even captain Virat Kohli hailed his display in Monday's match. Chahal notched the crucial dismissals of Jonny Bairstow, Manish Pandey and Vijay Shankar. "Yuzi came in and changed the game for us", said Kohli, during the post-match press conference.

"Tonight he showed that if you have skill, you can get purchase on any wicket and the way he came in and bowled attacking lines and he was the one in my opinion who changed the game," he added.

Kohli also praised Devdutt Padikkal, who grabbed a maiden half-century. Aaron Finch and AB de Villiers also put in good displays with the bat. The India captain also spoke about how his side were positive throughout the match.

Opposition captain David Warner felt that his team weren't lucky during the match. He pointed the injury to Mitchell Marsh, which proved to be costly for his team.

Warner also felt that Chahal's final over was the decisive point in the match.

"Probably the last over of Chahal was the turning point out there," Warner said.

RCB face Kings XI Punjab in their next IPL 2020 match on September 24, while SRH take on Kolkata Knight Riders on September 26 next.

David Warner IPL 2020 Cricket
Get the latest updates on IPL 2020, check out the IPL Schedule for 2020 and Indian Premier League (IPL) Cricket live score . Like us on Facebook or follow us on Twitter for more sports updates. You can also download the NDTV Cricket app for Android or iOS.