SunRisers Hyderabad will face Royal Challengers Bangalore in their first IPL 2020 match, a team that they had defeated in the 2016 IPL final. 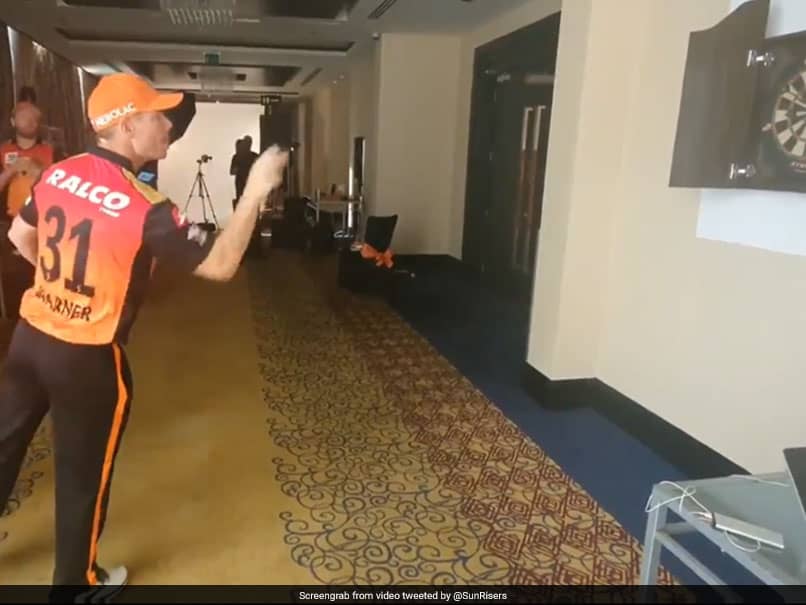 With SunRisers Hyderabad (SRH) set to open their Indian Premier League (IPL) 2020 campaign against Royal Challengers Bangalore (RCB), David Warner and Kane Williamson will be expecting to start the new season on a strong note. Before the season began, Williamson handed over the SRH captaincy to Warner, and both can were sharpening their concentration skills in a cool video posted by the IPL team on Twitter. The video has been captioned as, "Safe to say, normalcy has resumed at the #SRH camp".

SRH face RCB in their first match of IPL 2020 on September 21, 7:30 PM IST. The match will be played at the Dubai International Cricket Stadium. The franchise T20 league has been shifted from India to the United Arab Emirates (UAE) due to rising coronavirus cases.

The other two venues to host matches are Sheikh Zayed Stadium and Sharjah Stadium.

In the video posted by SRH, first Warner is shown achieving a bullseye in all his attempts, with Williamson saying, "Bull for bull". After the Australian cricketer, the New Zealand cricketer also achieves a bullseye.

SRH entered the franchise T20 league in 2013, and won their maiden title in 2016 after defeating RCB in the final by eight runs.

Kane Williamson IPL 2020 Cricket
Get the latest updates on IPL 2020, check out the IPL Schedule for 2020 and Indian Premier League (IPL) Cricket live score . Like us on Facebook or follow us on Twitter for more sports updates. You can also download the NDTV Cricket app for Android or iOS.