David Warner was forced to walk back early to the pavilion, following an absolute ripper from none other than Joe Root. 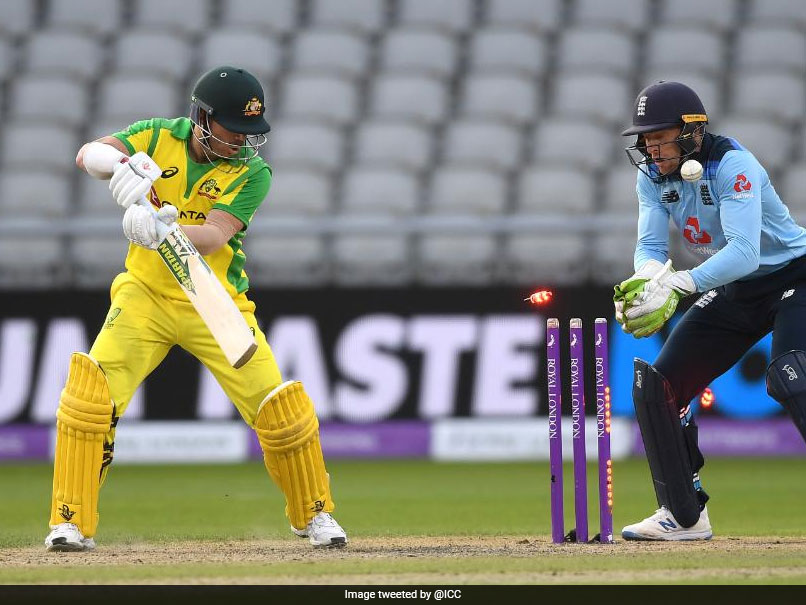 Joe Root accounted for the dismissal of David Warner with an off-break.© Twitter

Australia opener David Warner was left stunned following an absolute ripper from England cricketer Joe Root, during the decider of the three-match ODI series between the two nations, which England lost 2-1. Root accounted for the dismissal of the left-hander, off the fifth delivery of his opening over, with an off-break which went past Warner's outside edge, leaving the batsman in no position to retaliate. The video of the dismissal was uploaded on the official Twitter handle of England Cricket, who hailed the delivery by the part-timer in the caption. "What a ball from Joe Root. Golden Arm," read the caption on the Tweet.

Here is the video of the dismissal:

England posted a total of 302 runs for the loss of seven wickets in 50 overs, following a century from opener Jonny Bairstow.

Bairstow scored 112 off 126 deliveries in an innings comprising of 12 boundaries and two sixes.

In turn, Australia were reeling at 73-5, but a 212-run partnership between Glenn Maxwell and Alex Carey saw the visitors win the match and claim the series 2-1 in dramatic fashion.

Both Maxwell and Carey scored magnificent centuries as Australia won the match by three wickets with just two deliveries to spare.

England emerged victorious in the second match of the tri-series by 24 runs, following a triumph by 19 runs for Australia in the opening clash.

Players from both sides will next be featuring in the upcoming edition of the Indian Premier League (IPL), which will be held in the United Arab Emirates (UAE) from September 19.