England vs Australia: David Warner Says "Quite Nice Not To Be Abused" In England

David Warner said it felt "bizarre" to be playing England without a crowd following Australia's two-run defeat by their arch-rivals in the first T20I in Southampton. 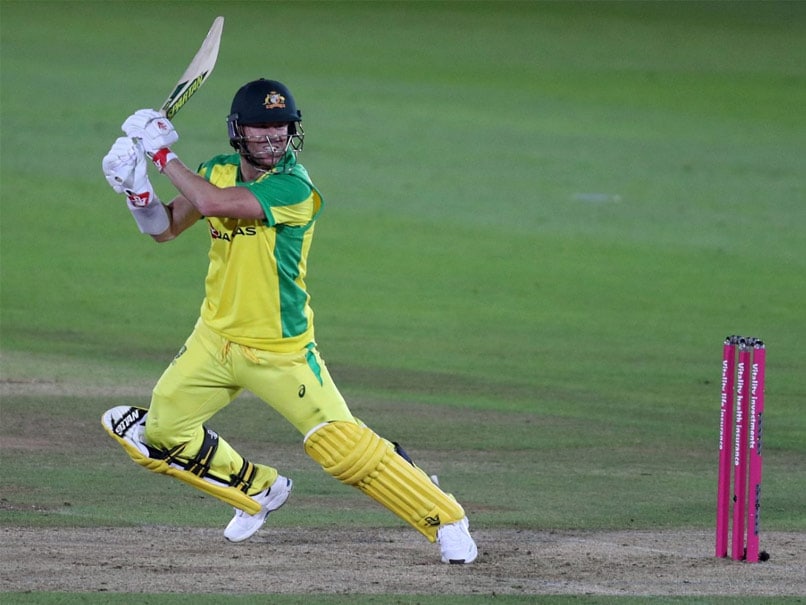 David Warner said it felt "bizarre" to be playing England without a crowd following Australia's two-run defeat by their arch-rivals in a Twenty20 internationalat Southampton on Friday that marked the tourists' first competitive match in nearly six months. All of England's home fixtures this season are being played behind closed doors in response to the coronavirus pandemic. "It's the first time I have been here (England) and not been abused, which is quite nice," said Warner.

There were no fans present at the Ageas Bowl to roar on England as the hosts, with Australia seemingly cruising to a victory target of 163 at 124-1, hit back with a burst of four wickets for nine runs in 14 balls.

Warner was subjected to repeated crowd jeering during last year's World Cup in England following his part in a ball-tampering scandal in South Africa.

And the taunts from home fans only intensified as Warner managed just 95 runs in the subsequent drawn Ashes series, with the left-handed opener dismissed seven times in 10 innings by Stuart Broad.

Veteran paceman Broad no longer plays white-ball international cricket and Warner top-scored for Australia with a fine 58 on Friday.

Asked if the atmosphere had felt like an England-Australia match, Warner told reporters after stumps: "From a crowd perspective, no."

He added: "It was a bit bizarre (the lack of any spectators). But we're just grateful to be back and playing," he added after what was Australia's first competitive match since they beat New Zealand in a one-day international in Sydney on March 13.

Warner and Australia captain Aaron Finch (46) put on 98 in 11 overs, with both openers lamenting the fact that neither of them finished the job as England went 1-0 up in a three-match series that continues on Sunday.

With 19 needed off 12 balls, England paceman Chris Jordan conceded just four runs off the penultimate over.

And a target of 15 off six balls proved just too much for Marcus Stoinis, in his first match for Australia since their 50-over World Cup semi-final defeat by England, with the all-rounder unable to hit either a six off Tom Curran's last delivery that would have won the match or a four that would have sent the game into a Super Over.

"Towards the end they (England) bowled exceptionally well, they knocked us over quite comprehensively," said Warner.

Jofra Archer (2-33), removed both Finch and Warner in what was the fast bowler's first white-ball international in more than a year since he bowled the Super Over that sealed England's World Cup final win over New Zealand at Lord's.

"I missed a yorker -- a very good delivery," said Warner. "There's no excuses there. The guys were outplayed to be honest."

England captain Eoin Morgan praised Jordan (0-23 in three overs) and Curran (0-33 in four) for holding their nerve at the finish.

"It is quite a weighty responsibility but they see an opportunity to take the team forward and lead the team and they do it very well," he said.

Earlier, England were indebted to Dawid Malan's 66 -- his eighth score of fifty or more in just 14 T20 international innings -- which revived the hosts from the depths of 108-5 after opener Jos Buttler's dashing 44.

Malan's 43-ball innings contained three sixes, all off leg-spinner Adam Zampa who saw his last over go for 22.

"Given we have just come from a series (against Pakistan) where we went one up and lost the second game, we won't be taking anything lightly," said Morgan.

"Australia are an extremely strong side, we didn't bat well tonight but Dav and Jos did. We should have got more runs and I think our bowlers bailed us out."

The Rose Bowl, Southampton Cricket England vs Australia, 1st T20I
Get the latest updates on Fifa Worldcup 2022 and check out  Fifa World Cup Schedule, Stats and Live Cricket Score. Like us on Facebook or follow us on Twitter for more sports updates. You can also download the NDTV Cricket app for Android or iOS.