IPL 2020, CSK vs MI: Chennai Super Kings shared a training video of captain MS Dhoni, ahead of the first match of IPL 2020, where they will face Rohit Sharma's Mumbai Indians. 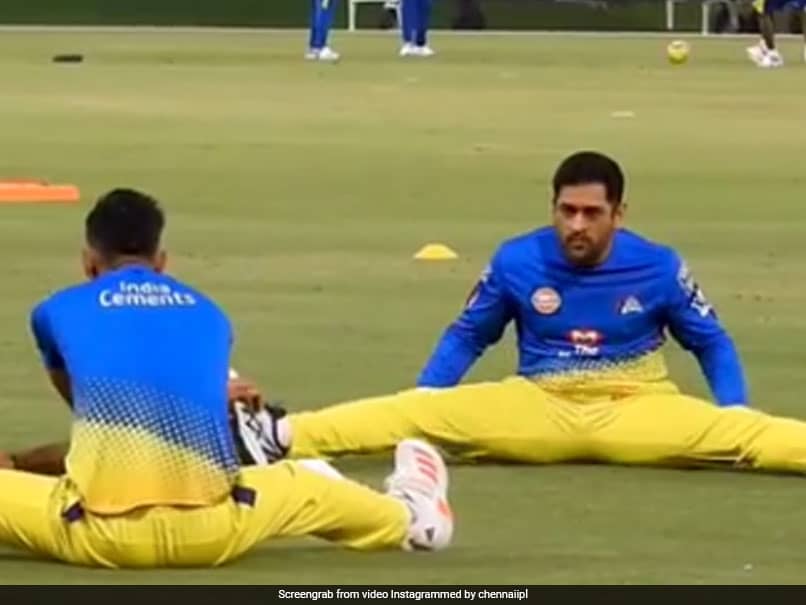 With the Indian Premier League (IPL) set to begin on Saturday (September 19), Chennai Super Kings (CSK) will face Mumbai Indians (MI) in the season opener at the Sheikh Zayed Stadium. The match begins at 7:30 PM IST, and ahead of the fixture, CSK have shared a training video of captain MS Dhoni on Instagram. The video was captioned as, "The professor and his process. Watch the full pre-match video from the link in bio. #WhistlePodu #WhistleFromHome #Yellove". In the video, the former India captain is shown doing some stretching exercises, followed by personal highlights from training matches and net sessions.

The professor and his process. Watch the full pre-match video from the link in bio. #WhistlePodu #WhistleFromHome #Yellove

Also in the background, an anchor reveals that the CSK captain said, "Take care of the process and all the small things. Eventually you will get the desired result."

IPL 2020 has been shifted to UAE due to rising COVID-19 cases in India.

Other than the Sheikh Zayed Stadium, the Sharjah Stadium and Dubai International Cricket Stadium will also host the IPL 2020 matches.

Mumbai Indians IPL 2020
Get the latest updates on IPL 2020, check out the IPL Schedule for 2020 and Indian Premier League (IPL) Cricket live score . Like us on Facebook or follow us on Twitter for more sports updates. You can also download the NDTV Cricket app for Android or iOS.