Chennai Super Kings head coach Stephen Fleming has said that the skipper MS Dhoni is looking extremely determined to do well in the IPL 2020. 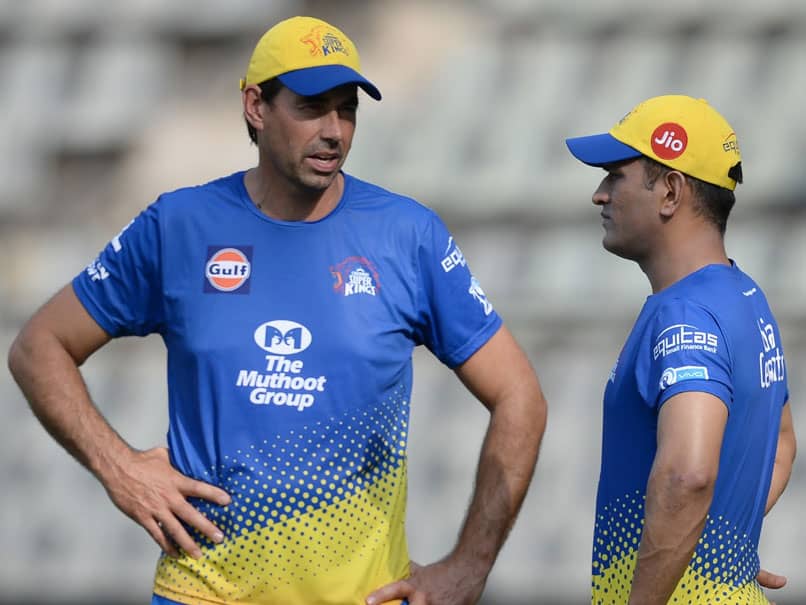 IPL 2020: MS Dhoni would be playing his first competitive game since July 2019.© AFP

Chennai Super Kings (CSK) head coach Stephen Fleming has said that the skipper MS Dhoni is looking extremely determined to do well in the upcoming edition of the Indian Premier League (IPL). The IPL will be played from September 19 to November 10 in the UAE across three venues -- Dubai, Abu Dhabi, and Sharjah. Dhoni had announced his retirement from international cricket on August 15 and he would be making a comeback to the field after almost 14 months.

The wicket-keeper batsman was last seen in action in the semi-finals of the 2019 World Cup against New Zealand.

"It has been no different. He's very fit and mentally he's been very engaged and determined. In some ways, the break can work for the experienced and older players that we have. MS is fresh and ready to go," the official website of CSK quoted Fleming as saying.

CSK will face defending champions Mumbai Indians in the tournament opener on September 19 in Abu Dhabi.

Talking about his particular contest, Fleming said: "The first game is always full of anxiety, nerves, and excitement, and CSK-MI has added extra excitement and pressure and we enjoy that. We've earned the right to play the first game by playing well last year, and given the way the final finished last year, it's nice to have another crack at MI. They are a very good side and it gives you a good gauge as to how the pre-season has gone and the areas that need improvement. You get a good idea after the first game as to where your team is sitting."

CSK were the last team to begin training as the side finally returned to the field last week after their third round of coronavirus tests.

"We didn't get off to a great start, with some positive Covid-19 cases, but I think we dealt with it very well. We were calm around our approach, looked after the players and staff very well, and the rest of the players were calm in the hotel room. There was a bit of anxiety wanting to get out and train. It is what it is, and the players dealt with it very well. On hindsight, the amount of pre-season training that we've done up to now, and the extra few days in the room, was probably a blessing," Fleming said.

CSK has won the IPL thrice (2010, 2011, 2018) and now the side would be looking to add the fourth title to their kitty. The side will be without the services of Suresh Raina and Harbhajan Singh this year as both players opted out of the tournament due to personal reasons.

MS Dhoni IPL 2020 Cricket Mumbai Indians vs Chennai Super Kings, Match 1
Get the latest updates on IPL 2020, check out the IPL Schedule for 2020 and Indian Premier League (IPL) Cricket live score . Like us on Facebook or follow us on Twitter for more sports updates. You can also download the NDTV Cricket app for Android or iOS.