Virat Kohli's physical prowess was on full display during a RCB training session, where he recreated AB de Villiers' famous 'Superman' catch from the 2018 edition of the IPL. 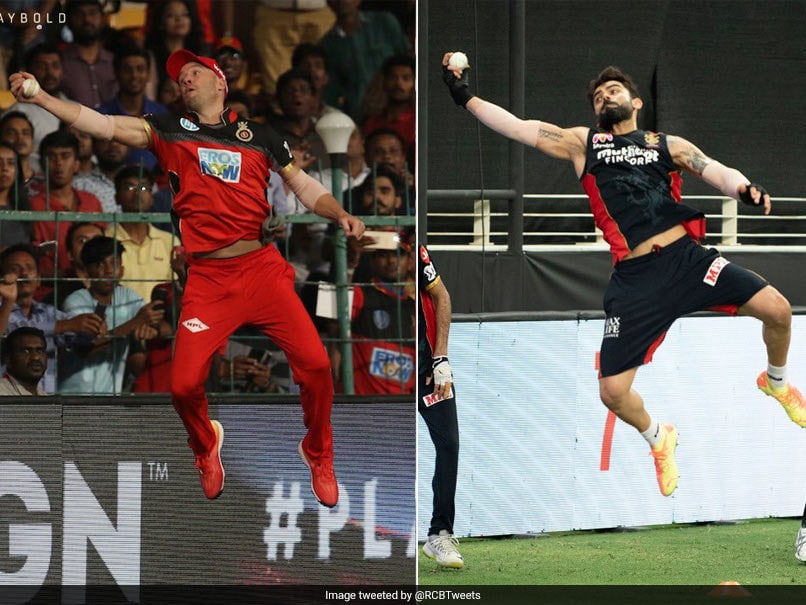 IPL 2020: Virat Kohli can be seen jumping in the air and completing the catch with his right hand.© Twitter

Royal Challengers Bangalore (RCB) skipper Virat Kohli recreated teammate AB de Villiers' legendary 'Superman' catch, during a training session as visible in a post shared by the franchise's official Twitter handle. Kohli can be seen jumping in the air and completing the catch with his right hand, just like the South African cricketer did in the 2018 edition of the Indian Premier League (IPL). "Captain Kohli casually recreating AB's 'Superman' catch in training last evening. #PlayBold #IPL2020 #WeAreChallengers #Dream11IPL," read the caption on the tweet by RCB.

De Villiers was fielding close to the deep mid-wicket boundary ropes, during a clash against SunRisers Hyderabad in the 2018 edition at M Chinnaswamy Stadium in Bengaluru, when English cricketer Alex Hales hit the ball powerfully.

The ball seemed capable enough of clearing the boundary without much ado, which is when the South African player made his presence felt.

The 36-year-old leapt in the air, managing to complete a one-handed catch despite his right foot being quite close to the boundary line.

The two players share a great relationship both on and off the field and will be looking to deliver quality performances for RCB in the upcoming edition of IPL.

The 2020 season of the tournament, set to be held in the United Arab Emirates (UAE), will witness defending champions Mumbai Indians (MI) taking on Chennai Super Kings (CSK) in the opener.

RCB are yet to lift the trophy over 12 editions of the league, despite reaching the final on 3 occasions.