BCCI's ACU chief Ajit Singh said seniors like MS Dhoni, Virat Kohli have done a wonderful job in educating the players regarding the "No Entry" zone. 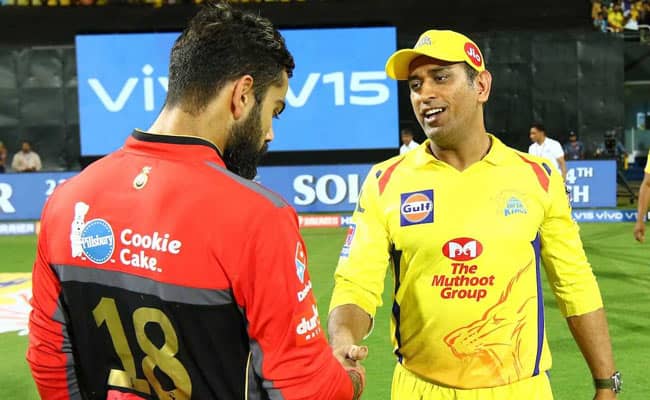 The Indian Premier League (IPL) is set to take place in the UAE this year across three venues – Dubai, Abu Dhabi and Sharjah. While the reduction in the number of venues makes it easier to track movement for the BCCI's anti-corruption unit (ACU), the constraints of physical movement due to the coronavirus pandemic posses fresh challenges for Ajit Singh's team. However, senior cricketers like MS Dhoni and Virat Kohli have done a wonderful job in educating the youngsters how this is a ''No Entry'' for the players, said ACU chief Singh.

"I must say our seniors like Virat Kohli, MS Dhoni and Rohit Sharma among other have been brilliant and apart from the education we conduct every season, these seniors have been great mentors and have ensured that the youngsters coming in are aware that this is a zone which they should not enter at any cost," Singh told ANI.

"This has actually shown in how Indian players have conducted themselves keeping these things in mind."

The ACU chief said that social media interactions will be closely monitored by his team.

"See, while the number of venues are less, the hurdles of physical movement due to the coronavirus pandemic also means that approaches if any will be made through social media," said ACU chief Singh.

"So, we are going to be closely monitoring the same and ensuring that there is nothing that escapes the team's eyes."

But an issue in this regard is that most of the players' social media handles are managed by their PR teams. So how does that work out? The ACU chief is clear that there can be no excuse on that front.

"Yes, it is handled by their teams in some cases. But at the end of the day, it is their accounts. So the players must have a team around them which is aware of these things and no sooner they see anything suspicious, they should report the same to us. It has to be a joint effort," he explained.

Asked if the history of the country poses a threat or increases the risk, the ACU chief answered in the negative.

"Since we are monitoring movements the distance doesn't matter whether a person interested in betting is 200 ft away or 2000 ft away. The challenge is social media and we are doing all things necessary to focus on that," he said.

Dubai will play host to 24 games, 20 matches will be hosted by Abu Dhabi while Sharjah will hold 12 games. The dates and venues for the playoff stages will be released later.

The opening match between the finalists of the 2019 edition will be played in Sheikh Zayed Stadium in Abu Dhabi.

For the first time in the history of the tournament, the finals will be played on a weekday i.e. Tuesday. Both the afternoon and evening matches will be played half an hour earlier than usual this time around.

There will be a total of 10 doubleheaders in this edition of the tournament. The evening matches will be played at 7:30 PM IST while the afternoon matches are due to start at 3:30 PM IST.

Virat Kohli IPL 2020 Cricket
Get the latest updates on IPL 2020, check out the IPL Schedule for 2020 and Indian Premier League (IPL) Cricket live score . Like us on Facebook or follow us on Twitter for more sports updates. You can also download the NDTV Cricket app for Android or iOS.