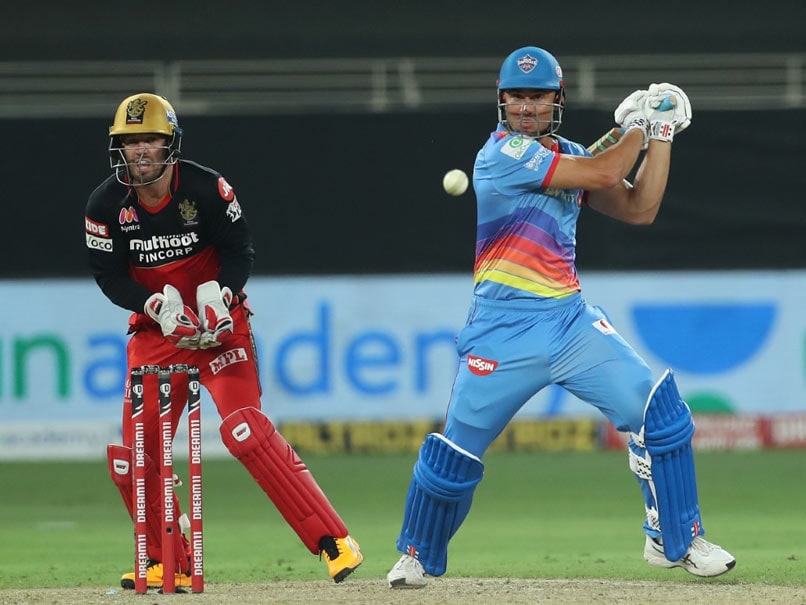 A rapid half-century from Marcus Stoinis, ably supported by a quick start from Prithvi Shaw and a four-wicket haul for Kagiso Rabada saw Delhi Capitals cruise past Royal Challengers Bangalore and register a 59-run win at the Dubai International Cricket Stadium on Monday. Stoinis hit an unbeaten 53 off just 26 deliveries to help the Capitals post 196/4, before their bowling choked out RCB to ensure an easy win that sees them go top of the Indian Premier League (IPL) 2020 points table.

Virat Kohli won the toss and elected to bowl. Shaw, coming into the match on the back of an impressive half-century against Kolkata Knight Riders, got DC off to the perfect start, as they scored 63 in the powerplay.

However, Shaw fell in the 7th over to Mohammed Siraj, who was playing his first match of the season, for 42 off 23 deliveries.

The wicket marked the start of a period of dominance for RCB, as they soon got the wickets of Shikhar Dhawan (32) and Shreyas Iyer (11).

However, Australian all-rounder Marcus Stoinis got together with Rishabh Pant to then power DC to a strong finish.

The two put on a partnership of 89 runs off just 41 deliveries, with Pant hitting 37 off 25 as Stoinis scored his second half-century of the season.

RCB, in return, got off to a shaky start, as Devdutt Padikkal holed out trying to hit Ravichandran Ashwin.

Aaron Finch was soon to follow, edging behind to Pant off Axar Patel's bowling.

Anrich Nortje then got the key wicket of AB de Villiers, and RCB never looked like coming back from there.

Virat Kohli hit 43, but without much support, he got out trying to hit Kagiso Rabada.

Rabada went on to take three more wickets as RCB only managed to get to 137.