IPL 2020, RCB vs DC: Devdutt Padikkal emulated Faf du Plessis as he juggled the ball at the edge of the boundary to take a remarkable catch for RCB. 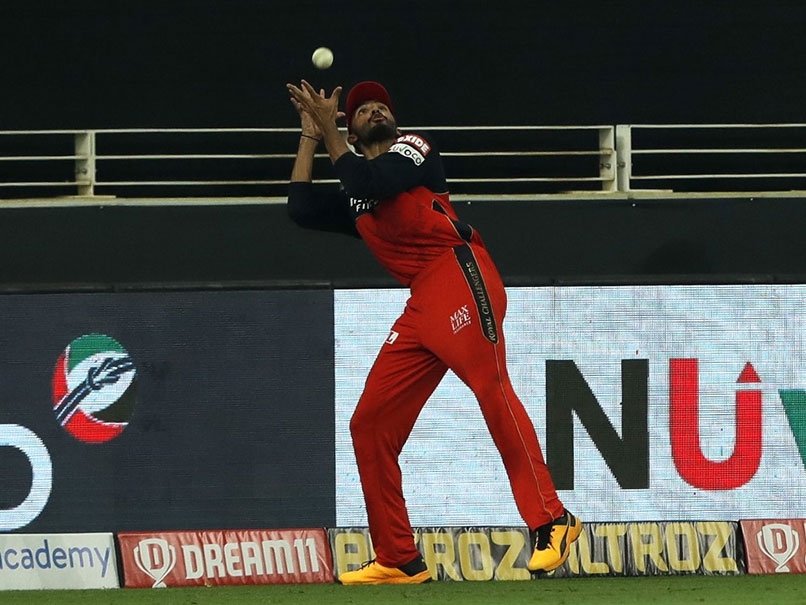 Devdutt Padikkal took a remarkable catch in Royal Challengers Bangalore's (RCB) match against Delhi Capitals (DC)in Dubai on Monday to dismiss the DC skipper Shreyas Iyer. Iyer had hit a ball from Moeen Ali towards wide long-on and Padikkal, who found himself at the edge of the boundary, took the catch but realised his momentum would take him over the ropes. He displayed quick reflexes by throwing the ball up in the air before crossing the rope to regain his balance and immediately went back into the field of play to complete the catch. Padikkal, who has starred for RCB with the bat, drew comparisons with Chennai Super Kings' (CSK) Faf du Plessis, who has taken some tough catches at the boundary this season.

WATCH - Padikkal does a du Plessis.

Iyer had top-scored for DC in their last outing with an unbeaten knock of 88 against Kolkata Knight Riders and looked in good touch against RCB as well before Padikkal's spectacular catch got the better of him.

Padikkal has hit three half-centuries for RCB so far in his debut IPL season, returning scores of 63, 54, 1, and 56 from four outings.

He set the tone for his team in their last match with 63 off just 45 balls at the top of the order, helping captain Virat Kohli, who was woefully out of form until that game, take his time at the crease and get his first half-century of the season.

Kohli hit an unbeaten 72 off just 53 balls as RCB chased down Rajasthan Royals' 154/6 with five balls to spare.

Faf du Plessis IPL 2020 Royal Challengers Bangalore vs Delhi Capitals, Match 19 Cricket
Get the latest updates on IND vs NZ 2021, check out the Schedule and Live Score . Like us on Facebook or follow us on Twitter for more sports updates. You can also download the NDTV Cricket app for Android or iOS.